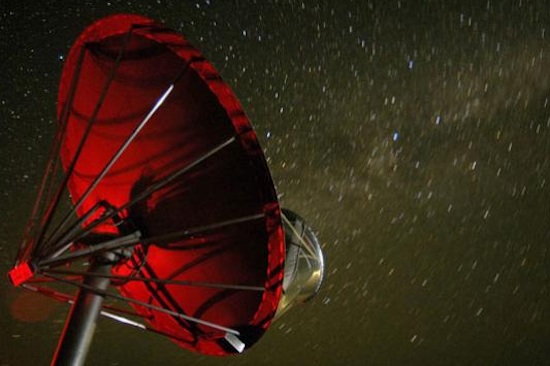 The results of a three-month long directed search of a small patch of sky by researchers at the Search for Extraterrestrial Intelligence (SETI) are officially in, and they are disappointing. Well, disappointing for anyone who was hoping they would come back showing some glimmer of intelligent life elsewhere in the galaxy. If you’re particularly worried about alien invasions, though, you can sleep peacefully for at least one more night, as a close survey of 86 stars turned up none of the signals indicative of life that the SETI scientists were looking for.

The more targeted search took place in 2011, and focussed SETI’s efforts on looking for signals from stars that host exoplanets in their habitable ‘Goldilocks’ zone. Prime targets were found with the help of the Kepler Space Telescope. It appears, though, that the targeted search came up empty-handed, discovering no promising signals that could indicate intelligent life. The results were reported this week in the journal arXiv.

While disappointing, the lack of signals isn’t a huge surprise. Space is a very big place, after all, and the odds that we’ll be looking in the right place at the right time for signs of intelligent life elsewhere in the universe are miniscule. To our minds, though, that’s no reason not to keep looking, though. Meanwhile, if helping researchers look for signs of life in in the vast emptiness of space seems like the sort of thing you’d be into, you can lend your efforts to the search by donating some of your spare computing power to programs like [email protected].

For our part, at least, we’re hanging our hats — and our fondest hopes — on the old chestnut of wisdom stating that absence of proof is not proof of absence. Otherwise it’s a pretty lonely universe out there, folks, and we’d dearly like to think that’s not the case.