Dreams Dashed: Radiation From Space Travel May Cause Brain Damage 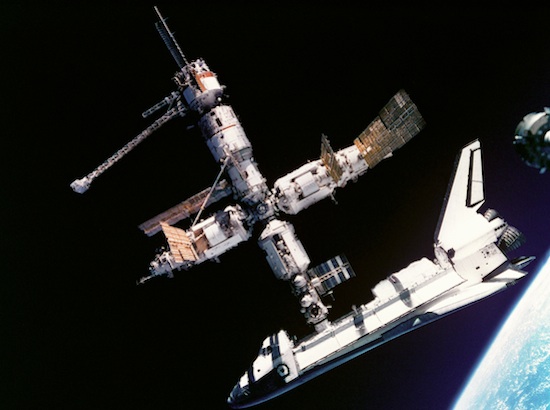 If you’re anything like me, you still haven’t given up on that dream of being an astronaut one day, breaking the surly bonds of Earth and experiencing the wonder and vastness of space firsthand. That’s why I bring you the following story with a heavy heart — according to a recent study by researchers at the University of Rochester Medical Center, the list of dangers involved in space travel just got a little longer, with “alien attacks,” “insane computer AIs,” and “being sucked out of an airlock” joined by a new hazard to space flight — an increased risk of Alzheimer’s disease.

The URMC team worked with colleagues at NASA to look at the effects of high-charged (HZE) particles, exposing lab mice to highly charged particles of iron. These are the sorts of high mass, high energy particles that worry researchers, because on long trips to space — such as a manned mission to Mars, for example — they’re hard to defend against. According to study author M. Kerry O’Banion:

“Because iron particles pack a bigger wallop it is extremely difficult from an engineering perspective to effectively shield against them. One would have to essentially wrap a spacecraft in a six-foot block of lead or concrete.”

Considering how hard space travel is already,  we can only imagine that the engineering difficulties presented by such a practice would be significant. It appears that we’d do well to find ways to defend against these kinds of radiation, though, as the results of the mouse study were pretty troubling. Mice exposed to HZE radiation experienced earlier signs of cognitive decline than their peers in a control group. They also showed higher levels of beta amyloid, a protein in the brain implicated in Alzheimer’s disease.

While it’s a disappointing sign that we need to be wary of a lot of factors involved in human space travel, this does make us even happier that we’ve got projects like the Curiosity rover on board and on tap to do the grunt work of exploring the galaxy for us until we have things more sorted out. All that said, though, we’d sure like to the bus to space with us on it leaving sooner than later.