Says the artist behind this image, created to point out the considerable problems with Harley’s redesign, the wonderful Jess Fink:

Now, here’s the thing, I think this boy Harley looks crazy hot. The costume is pretty dumb in all design respects but I like hot dudes and if I saw this on the cover of a comic I would pick it up. HOWEVER I would assume that the comic would be FILLED with sex. Gay sex, straight sex, bondage/corset sex. That’s because this outfit looks designed for sex, certainly not beating people up. (Jess Fink via Comics Alliance)

DC told retailers that they have a seven figure marketing budget to spend on the Relaunch, which includes everything from the previously Bleeding Cooled TV ad campaign, including the Cartoon Network ads to USA Today, Facebook,  movie theaters ads, conventions and promotional materials. The target audience are men age 18 to 34 though they do realize that they have readers in other demographics…

…You won’t be seeing Donna Troy yet in the new DCU, nor the Stephanie and Cassandra Batgirls. They haven’t been killed off though, just benched.

To repeat, the new, self-labeled more diverse DCU will have the same target audience they have cultivated for the past seventy years (despite being perfectly aware of the fact that their audience is bigger than that) and will be benching several beloved, prominent, and long running female characters (still no sign of Huntress or Powergirl). (Bleeding Cool via DC Women Kicking Ass.)

Also, if Marvel is just going to spoil the entire ending of Ultimate Spider-Man, including providing a complete plot synopsis and the last two pages of the comic to the Associated Press, where it was also reported in USA Today and the New York Post, why are they even bothering to ship it in an opaque bag? (SPOILERS AT THIS LINK Bleeding Cool.)

Rounding up the comics news (finally), along with Martha Stewart, Bluewater is doing an Ayn Rand bio-comic. (Comic Book Resources.)

Alicia Crawford of La Quinta, California is the 2011 recipient of Sony Online Entertainment’s Gamers In Real Life (or G.I.R.L.) scholarship for young women wishing to make a career in the games industry. (Massively.) 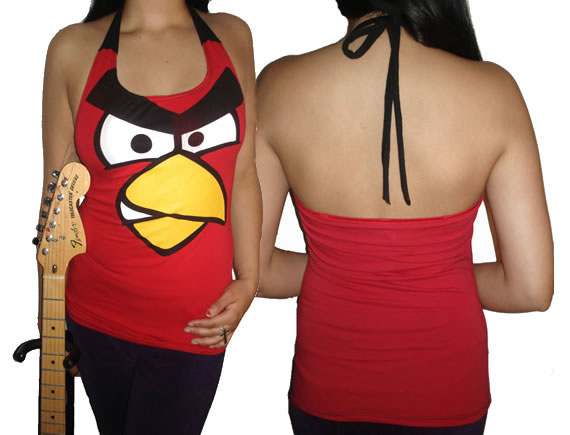 It is angry. (Fashionably Geek.)