What Makes Hocus Pocus The Best Halloween Movie Ever?

It puts a spell on us 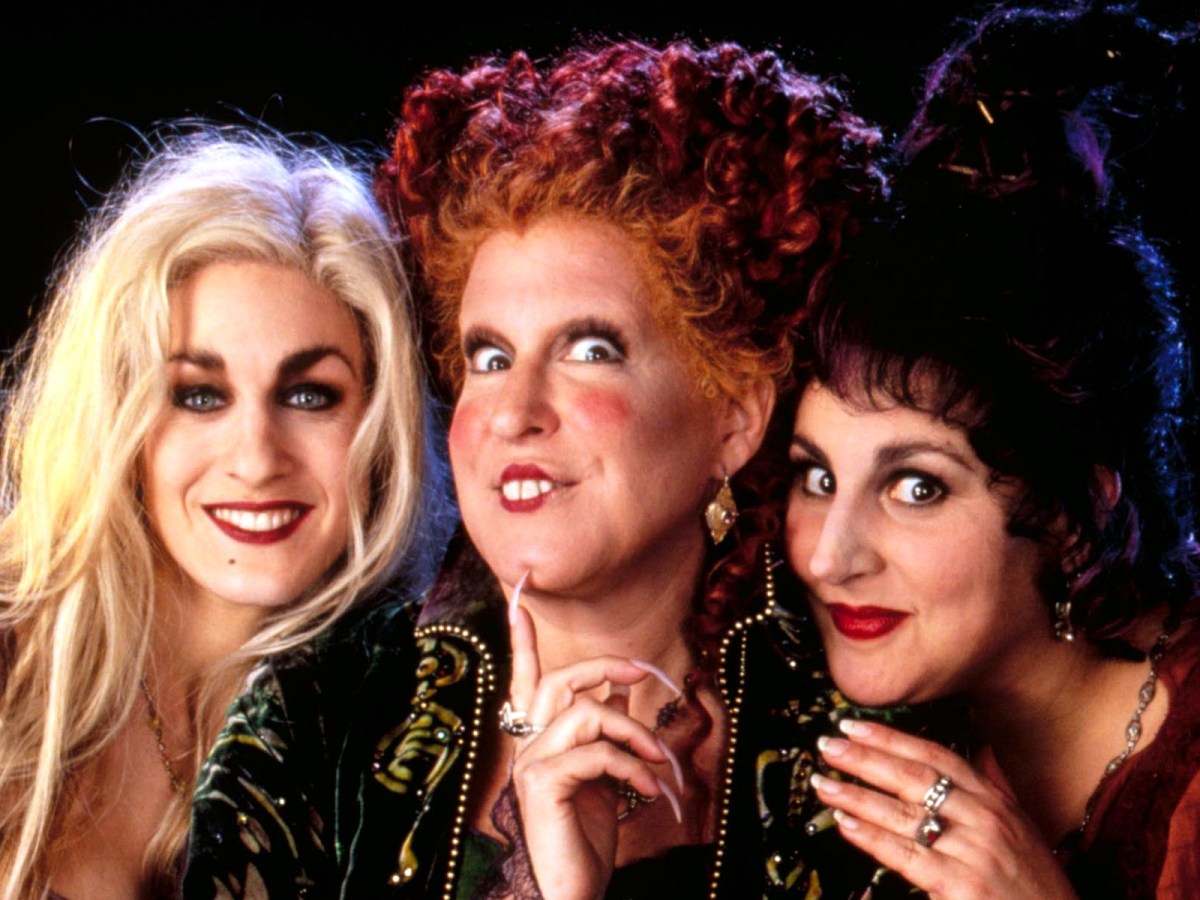 Yesterday I cuddled up under a soft blanket with my small daughter to watch one of the most popular movies in our household, and perhaps most households, this time of year: Hocus Pocus. It’s impossible to avoid the movie this time of year, and I don’t mind that at all, because it’s always been a favorite of mine. But watching it again, made me consider: exactly why is this movie probably the best Halloween film of all time?

Hocus Pocus was emphatically not a hit when it was released in July of 1993. It opened fourth at the box office, barely beating out another family feels-fest, Free Willy. Critics hated it, of course, with Patricia Bibby of The Associated Press declaring: “The only real curses in this film, will be yours as you walk up the aisle to leave.” But in the intervening years, Hocus Pocus has become not just a seasonal staple, but a cultural phenomena.

Part of the movie’s cultural dominance has to do with simple nostalgia. So many of us grew up with it. I remember seeing it in the theater as a kid and then begging my mom to buy it on pay=per-view before it was on video. Nostalgia has a habit of sanding away the edges of things; casting them in amber as these perfect objects that aren’t so much flawless as they are expecrt at tapping into a specific feeling we had as a child when the world was simpler and movies were still magical.

Of course, the prevalence of the film and it’s place in our collective nostalgia comes from the fact that it’s a Disney property. And Disney means cross platform saturation in every corner (Disney-owned Freeform is about 50% Hocus Pocus this time of year). But the fact that we’re constantly exposed to a movie, or saw it as kids doesn’t completely explain why we love it so much…but I think it’s because Hocus Pocus isn’t just fun and entertaining, it’s everything great about Halloween distilled into 100 minutes.

For one, there’s the aesthetics. I dream of trick-or-treating in a quaint New England town where each house is decorated by a Hollywood production designer and every square inch of the world is autumnal, spooky perfection. It’s a fantasy world as elaborate as Wonderland, but one that feels like it could be real, just around the corner. I love every image, from the creepy houses to the leaves (“The leaves are…great,”) to adults in amazing costumes to the sense of community behind it all. It’s a small part of the film, but for me that’s a big element of why it’s as much a part of my Halloween decor as pumpkins and cobwebs. And who doesn’t love that?

Halloween is a holiday most everyone can get behind, Though it has religious (and very pagan) origins, the American version of the celebration as is secular and sweet. Literally. It’s about having fun, dressing up and eating candy. All good! But it’s also about confronting and coping with the idea of death and darkness in a way that makes those terrifying things not so scary. Halloween take us back to being a child, when life was scary and hard to understand, but a bit of imagination and magic made the monsters under the bed into friends and foes we could defeat.

Hocus Pocus is the kiddie version of a horror film, like many Halloween classics. The plot, when recited on it’s own, is pretty dark: three witches who were hanged for killing children 300 years before are resurrected and plan to kill even more children to stay alive. But that’s not what’s really scary here. Hocus Pocus  taps into a very real childhood feeling: that adults don’t get it, that some of them are out to get you and that even when you go to them for help, they won’t listen.

That’s what really scares kids, or at least scared me. But movies like Hocus Pocus and other children’s films make the case that kids can save the day and save themselves. Just like a plastic skeleton, a fun prop that alludes to the dark reality of death, Hocus Pocus is about taking something scary and powerful and making it silly and fun. And it’s so, so fun.

Hocus Pocus is one of may films that take witches – the symbol of female power, of the unknowable and societally unacceptable – and makes them the stars, while keeping them the villains.  You’ve seen the film, you know that Thora Birch is great but Max and Alison are…fine. It’s the Sanderson Sisters who we really love and, in my case, kind of root for. They sing! The prat fall! They yell! They fly! In performances that echo drag queens Bette Middler, Sarah Jessica Parker and Kathy Najimy embody what we all want to be on Halloween: fabulous, silly and even selfish – just for one night before we have to fade to dust, and life becomes boring again.

So yes, there’s talking cats and Doug Jones being amazing as Billy. There’s a strange fixation on virginity and dated references, but Hocus Pocus is still the very essence of Halloween in America. It’s commercialized and sanitized, it’s aesthetic over deep emotion.  But at it’s core it’s about taking something scary and making it not scary. It’s about the way art deals with ideas that frighten us and transform them into silliness and song. It’s where we take what should frighten us, dress it up, and run amok amok amok…