Things We Saw Today: Game Of Thrones Dragons Get Revenge On The NY Times 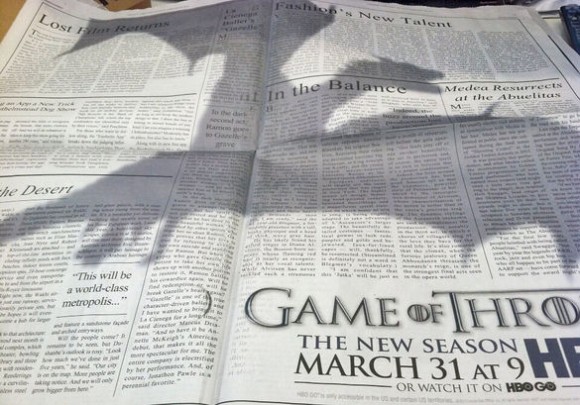 Surfing the web today you might have noticed HBO took out huge, site-spanning advertisements for Season 3 of Game of Thrones which featured the shadow of a dragon passing over the page. Well here’s the still version of that from today’s NY Times. (I’m gonna say it’s revenge for this.)We sell ad space here on The Mary Sue but this is one I would have paid to have on the site. (via Co.Create) 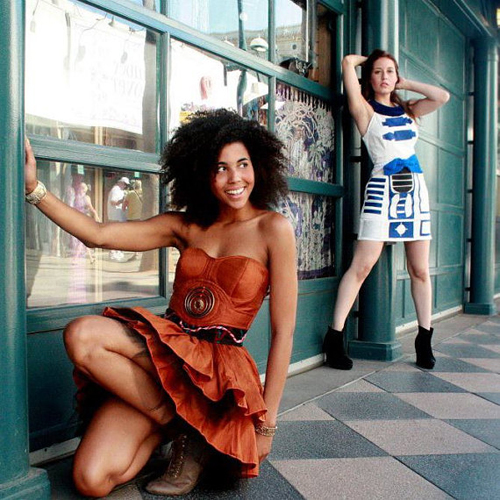 Yes. (via When Geeks Wed)