Things We Saw Today: It’s Force Friday, and Have We Got Some Star Wars Deals For You! 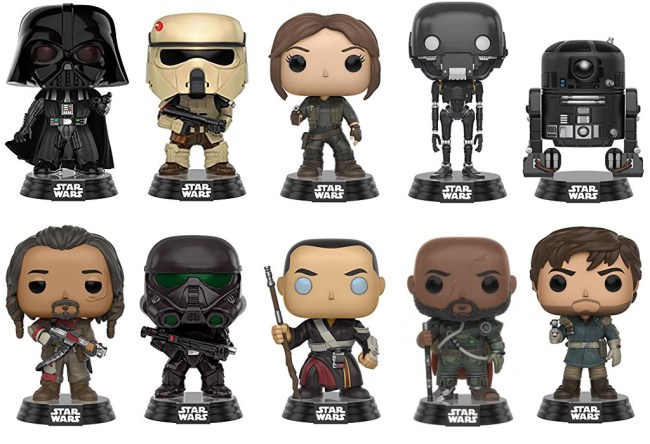 As we anticipate the arrival of Rogue One in a couple of months, thank goodness we have Force Friday to keep us thoroughly entertained if slightly poorer. There are a bunch of new Rogue One toys that have been released, and a bunch of other stuff is on sale for the occasion. Check out The Daily Dot’s run-down of all the sales going on right now, or you can check out the unboxing TMS’ Charline Jao did earlier today where she opened up an enormous Rogue One-related delivery we received at the TMS office.

Check out this first glimpse of the Justice Society of America as they debut on the upcoming season of Legends of Tomorrow! (via Coming Soon)

Square Enix has a new cafe opening up this weekend in in Tokyo’s Akihabara. It’s called…wait for it…Square Enix Cafe. (via Kotaku)

Pixar’s Trina Roy gave The Seattle Times a great interview about why it’s so awesome to be a female geek, and about her upcoming appearance at GeekGirlCon!

Since we clearly haven’t given you enough Luke Cage today, check out this interview with creator and showrunner, Cheo Hodari Coker, about what he hopes viewers take away from the series. (via CBR.com)

Also as reported by CBR.com, the TV adaptation of Let the Right One In has finally found its female lead in Kristine Froseth.

.@ConstanceWu is voting for equal pay for women. What are YOU voting for? #3Minutes #VoteWithATTN pic.twitter.com/3TOvYA2JQn

Lastly, we’ll leave you with some words of wisdom from Fresh Off the Boat‘s Constance Wu about the importance of voting in the upcoming election.

Have a great weekend, friends! Enjoy binging Luke Cage, and feel free to stop by our spoiler-tastic Open Thread all weekend as you watch!