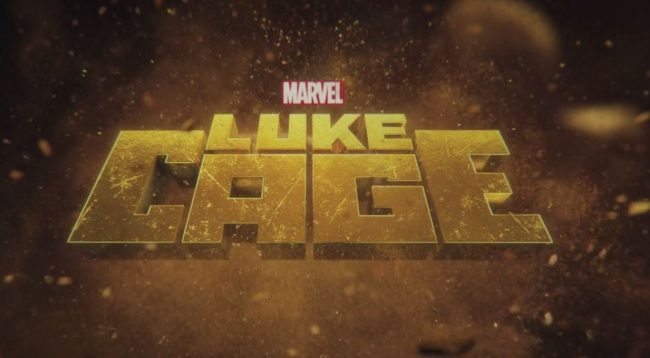 If you haven’t seen the first episode of Luke Cage, now would be the perfect to time exit out of this post and watch before returning. I had the pleasure of viewing “Moment of Truth” (and the extreme restraint to stop after that) and I can’t tell you how proud I already am of this show. It’s not just that I see myself and people I know on the screen. It’s not just that these characters are complex. It’s not just that it’s beautifully shot and the soundtrack is bangin’. And it’s not just that Luke Cage is the invincible, hoodie wearing black male figure that we need right now. It’s all of that.

But even if you set aside the cultural richness throughout, this is just a well-made show. That’s why it was nearly impossible to single out just a handful of moments from its incredible start. But here they are in chronological order:

Oftentimes, a barbershop in a predominately black neighborhood is more than just a place where you go to get your hair cut. It’s a free therapy session and an opportunity for people in the community to bond. That’s why I was so excited to see this scene. It’s not like it hasn’t been done before, but seeing a group of POC talking about something other than drugs and women always brings a smile to my face. Plus, any mention of Lebron James earns extra points in my book.

I know this scene is mostly exposition but I love their dynamic. Plus, it features this great piece of life advice: “The past is the past. The only direction in life that matters is forward, never backwards.” Taking that with me forever.

YASSS. Wait, let me try that again. YASSSSSSSSSS GIRL. Simone Missick and Mike Colter have chemistry for days and I had to fan myself after this scene. That kiss. The ass grab. The music. If you aren’t feeling these two together, I’m not sure you have feelings at all.

We’ve seen glimpses of it in the trailers but this scene really is stunning in full. Sure, it’s little on the nose with talks of being the king and having the crown in the background, but it’s still effective and Mahershala Ali delivers. And when he began pummeling that guy to death, the scene went from stunning to frightening and I haven’t recovered since.

This is where the fun really begins. We finally got to see vigilante Cage in action and I am full of so many emotions. You don’t know how amazing it is to see this strong black man stand up for what he believes Is right and then walk out with a hoodie knowing bullets won’t ever penetrate his skin. If only Trayvon Martin and countless others had that ability.

For some, this is just another awesome Marvel show. For the rest of us, it’s that affirmation that black lives really do matter and boy does that feel refreshing.

Thoughts? What were some of your favorite moments in the episode? Let us know in the comments below! We want this to be a safe place for discussion so please label all spoilers and keep them confined to each post about that particular episode.