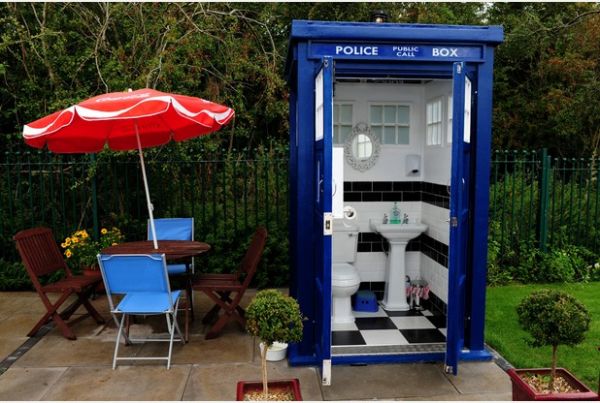 If you ever happen to be on the bike path that runs between Bristol and Bath, Justin Hoggans, Whovian and owner of the nearby Warmley Waiting Room Cafe, has installed a telephone box to help passers-by answer the call of nature. The “Who Loo” features a light on top to indicate occupancy, and according to Neatorama makes a whirring sound when activated by a switch inside the Cafe.

As far as bathrooms go, the wibbly wobbly washroomey doesn’t offer as much privacy as I’m accustomed to, but Americans wishing to try a Who Loo out for themselves can also make use of the necessities at New York’s Who-themed restaurant, Pandorica, or The Way Station bar.

Previously in Whos and Loos