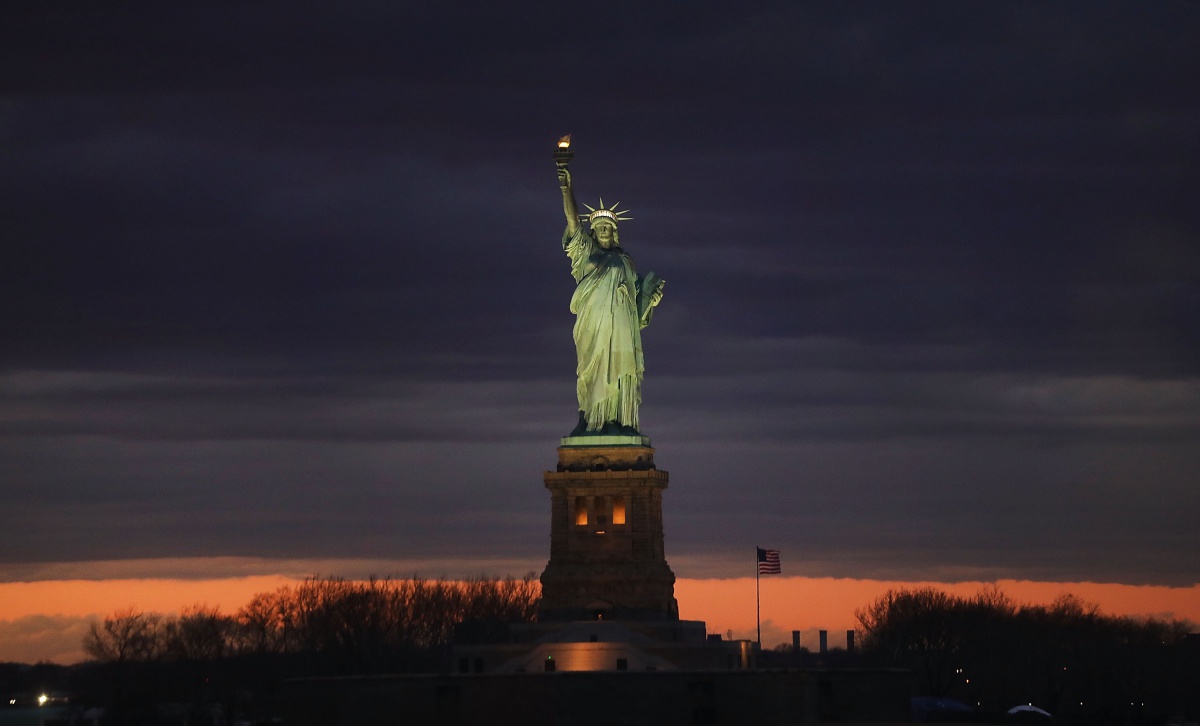 As a born and raised New Yorker with two immigrant parents, I know what the Statue of Liberty is supposed to mean. “Bring me your poor and huddled masses,” it says, and while it is a sentiment filled with beauty and promise, it is also, very much a lie. Every time I hear it brought up in conversation about Trump’s immigration policies it’s like a gnat in my ear. Because it’s never been a true reflection of America’s immigration policy.

The poem itself, “The New Colossus”, was written originally in 1883 by Emma Lazarus to raise money for the statue. Lazarus, like me, was born in Brooklyn. Unlike me, she was a Sephardic Jewish woman. The poem was cast onto the statue in 1903.

The year before the poem was written, in 1882, the Chinese Exclusion Act was passed. It Restricted immigration of Chinese laborers for 10 years and prohibited Chinese naturalization. Why? Racial anxiety about Chinese people working for cheap. 1882 also gave us the Immigration Act of 1882, which was the first really comprehensive immigration laws we ever had. It imposed a head tax of 50 cents on even citizen coming into the United States.

In 1892 the Geary Act was passed that strengthened the Chinese Exclusion Act. It required that Chinese residents in the United States to carry resident permits. Failure to carry the permit at all times was punishable by deportation or a year of hard labor. Chinese residents were not allowed to bear witness in court (a credible white person had to speak on their behalf) or receive bail.

The Immigration Act of 1907 banned all people with mental health issues or sickness:

All idiots, imbeciles, feebleminded persons, epileptics, insane persons, and persons who have been insane within five years previous; persons who have had two or more attacks of insanity at any time previously; paupers; persons likely to become a public charge; professional beggars; persons afflicted with tuberculosis or with a loathsome or dangerous contagious disease; persons not comprehended within any of the foregoing excluded classes who are found to be and are certified by the examining surgeon as being mentally or physically defective, such mental or physical defect being of a nature which may affect the ability of such alien to earn a living.

The Johnson-Reed Act, in 1924, implemented a national origins quota. It provided immigration visas to “two percent of the total number of people of each nationality in the United States as of the 1890 national census” and completely excluded immigrants from Asia. In addition to targeting Asians, it also looked to limit: Southern Europeans, countries with Roman Catholic majorities, Eastern Europeans, Arabs, and Jews.

During his presidency, Herbert Hoover slashed immigration down by 90 percent by conducting a series of illegal and unconstitutional raids and deportations that would alter the lives of as many as 1.8 million men, women, and children. In order to create jobs during the beginning  of the Great Depression, the plan was, as California State Senator Joseph Dunn, put it: “the Republicans decided the way they were going to create jobs was by getting rid of anyone with a Mexican-sounding name.”

How did it work? Well, it was a random system in which “they would go through public employee rolls and look for Mexican-sounding names and then go and arrest and deport those people.” There was no due diligence done to ensure that the people being arrested and deported weren’t American citizens. Like many things having to deal with America’s immigration policies, it was a quick fix to soothe white workers concerned that the government wasn’t doing anything to protect their jobs.

This mini-history lesson is to say that the poem on the Statue of Liberty is a beautiful sentiment, and it would be nice if that was something our country has universally always stood for. But it hasn’t been. Between racism, xenophobia, and eugenics, the safe space that the Statue of Liberty is supposed to represent has never existed. It is a beautiful sentiment, that has rarely ever been reflected in policy.