World's Worst Movie, The Room, Is On Blu-Ray Now | The Mary Sue

Because No One Demanded It, The Room Is Coming Out On Blu-Ray 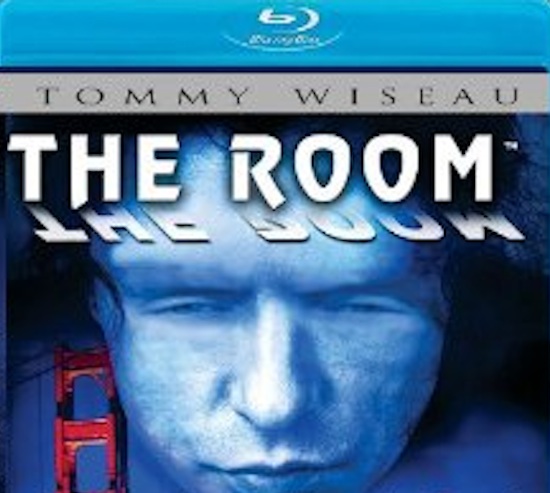 As the official season for buying unnecessary crap that no one ever wanted or asked for comes to a close, we’d be remiss if we didn’t point out that, later this week, you can own a copy of The Room, Tommy Wiseau’s war crime against the concepts of cinema and common decency, on Blu-Ray. We don’t know why you’d want to purchase such a thing — especially for the not-so-low price of $31.99 — and since we frankly don’t approve of it existing, we’re prepared to say you might be a bad person if you do, but hey, if that’s a thing that seems like a good idea to you, you can do it now. Just know that doing so probably makes you a sub-human monster.

For those of you who aren’t familiar, and  consider yourselves blessed, every one, The Room is a 2003 film foisted on an unsuspecting world by Tommy Wiseau, who is, to our understanding, some sort of bridge troll who has devoted his life to lowering the average quality of American filmmaking. It’s a task which he accomplishes with remarkable skill in The Room, which is commonly referred to as “the Citizen Kane of bad movies,” and according to the law of averages, pretty much cancels out the merit of several fine American films just by being a thing that is.

Some of your friends, no doubt, will attempt — as Wiseau himself has done in the past few years — that The Room is intentionally bad, or that it is so bad it’s good. Do not believe them. The Room is so bad it is just bad. In fact, bad doesn’t even cover it. There are no words in human language for how genuinely terrible this film is on every level, from its grotesquely bad performances to its hackneyed directing to its writing, which has been known to induce rage-seizures. It doesn’t “come around the other end,” like the enjoyable schlock of bad-film auteurs like Ed Wood or John Waters.

Anyone who tries to convince you that The Room is worth your time on any level is either a liar or actively trying to hurt you, and is probably a terrorist. (In particular, anyone who tries to favorably compare Wiseau to Waters should be slapped until you get tired.) If you encounter one of these people, get to the nearest safe, well-lit place and alert a police officer to your predicament. If you encounter Wiseau himself, you can also attempt to get him to say his own name backwards, thereby banishing him from this realm. It’s a task fraught with peril, but the human race will owe you a debt if you can accomplish it.

I can’t stress this strongly enough: if you feel like you absolutely must subject yourself to The Room, do so only in the safety of a well-attended midnight show among friends, and preferably while under the influence of as many drugs as you can acquire. These midnight shows are rarely hard to find, as The Room has attained a cult following in much the same way a particularly rank container of leftovers from the fridge attains a cult following. Sometimes, a thing is so bad that all you can do is pass it along to your nearest loved one, saying “Oh my god, this is horrific, you have to smell this — it’s like if your grandparents died having sex and then you walked in to find them three weeks later.”

Seriously, you want a sniff? Here’s a scene that takes place on a roof, and is literally as watchable as the film ever gets. Ever. We’d offer some context, but honestly, it makes as much sense right here as it does in the movie, so instead, we’ll just present it without commentary.

Again, that’s as good as it ever gets, and nowhere near as low as it sinks. So feel free to buy the Blu-Ray if you need to, but if you do, remember this: people who feel like they might need to own this film and be able to watch it at any time are the worst kind of people in the history of time. We like to think you’re not among them them.