The Expanse Gets a Second Season on Syfy 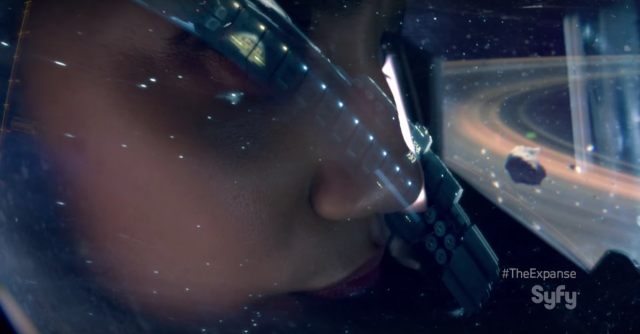 Shortly after Syfy made the first four episodes of its new show The Expanse available to watch for free via online streaming, the network announced that it has renewed the show for a second season.

The good news is that we’ll be getting more of The Expanse. The bad news is that we’ll have to wait a little while after the first season (which will consist of 10 episodes total) for season two, which will premiere in 2017. Syfy has also upped the episode order for the second season to a total of 13.

In an interview with The Daily Dot, showrunner Mark Fergus offered some insight into certain creative decisions that were made for the first season–including giving the character of Chrisjen Avasarala (played very formidably by Shohreh Aghdashloo) an earlier appearance in the series despite the books not introducing her until later on:

Yes, to balance it out from being a guy intercutting with another guy, doing very hardboiled guy stuff. That’s certainly one of the reasons. Throughout the second book she’s this formidable character, and she’s so fun and foul-mouthed and brutally efficient at helping to keep the solar system in line. And to offset the two male characters, what a great way to balance it out, and also to balance out a show about a ship and a show about an asteroid station.

As someone reading the first book alongside my watch of the TV show, the book definitely feels a little dude-heavy, so I appreciate the fact that Fergus and his partner Hawk Ostby made an effort to balance it out a little more for the on-screen adaptation.

The comparisons being drawn between this show and Battlestar Galactica are understandable, given the rich universe of characters and the effort the show is making to differentiate between the main cultures of the Earthers, the Martians and the Belters–as well as whoever is responsible for potentially starting a war between them. I managed to catch up fully while recovering from ringing in the New Year, and the good news is that the show only gets better as you keep going.