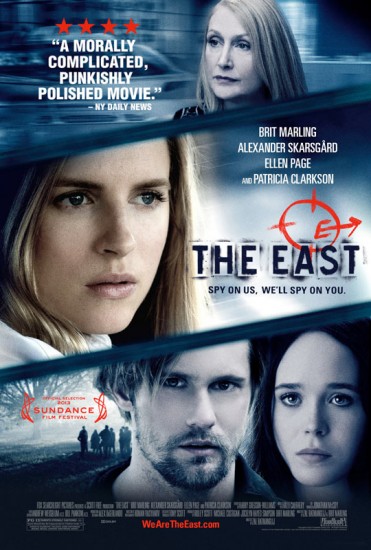 Screenwriter/actress Brit Marling has returned with another thought-provoking film with director Zal Batmanglij. The East, open in limited release today, stars Marling, Patricia Clarkson, Alexander Skarsgård, and Ellen Page in a spy thriller based around corporate poisonings and the freeganism movement. The Mary Sue was invited to a roundtable discussion with the actors and the director recently, and spoke with them about whether or not this is a political film, women in Hollywood, and what it was like living without entertainment and soap.

The film [watch the trailer here] centers on Sarah (Marling), an ex-FBI agent now working for Sharon (Clarkson) in the private sector. Their goals? Infiltrate fringe groups and gather information on individuals attempting to take on large, rich corporations. Sarah’s latest job is to find, join, and take down an anarchist group known only as “The East,” a group of freegans who live off the grid, dumpster dive, and squat in abandoned houses while participating in corporate espionage. Turns out, Marling and Batmanglij decided to try the life for themselves over the course of a summer as research for the film.

“When we went into it, we stopped watching films, we stopping listening to recorded music, we didn’t know what was going on in the news or in the gossip world because we didn’t read magazines or have any access to television or other people who knew any of those things,” Batmanglij told us. “So we entered into sort of a capitalistic free zone in some ways and what replaced it was kissing each other in spin the bottle, taking food out of the trash, and learning how it can feed [you], but also a hundred other people at a time from it.” All of which is showcased in the film.

“I don’t think we ever quite went back to being the people that we were. It opens your perspective certainly and you can never really close that again. But it’s a hard thing figuring out how to live your life, live an accountable life, where your existence isn’t oppressing all these people you never met before in other parts of the world. It’s hard to break away from that,” said Marling of the two-month experience. “But I think we all think about it all the time and are frustrated by things. I think a lot of why we wrote the movie is like, when you watch the BP oil spill happen, and all that happens is they get slapped on the wrist with a fine they could pay in a week.” 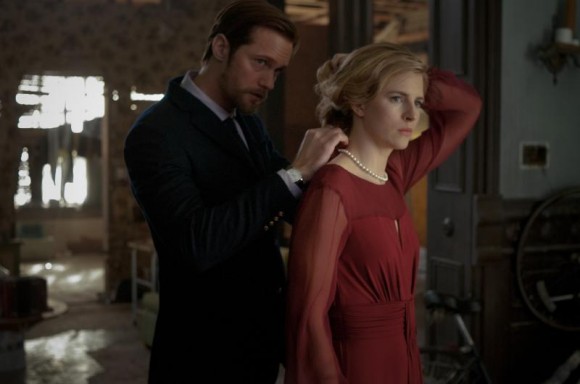 Batmanglij said upon returning to “the real world,” they were shocked and overwhelmed by what they had taken for granted before and how much stimulus comes at you every day. He related to us a time the group they were with walked into a Whole Foods market and were stared at by customers.

“We thought they all smelled funny because they had used so much chemicals in their hair and their deodorants and stuff, and by the time we get to the bathroom, we look into the mirror and we saw we looked totally different than they did. Our hair wasn’t showered, I had a beard, we had these eyes. These eyes which are, what I consider sort of these underground eyes. And I always thought they were eyes saying like, ‘I hate you,’ I realized now they’re eyes that are actually just not being afraid anymore. Sort of a fearlessness.”

While “The East” aren’t fighting against an oil company in the film, they do go after a pharmaceutical company they learned were knowingly poisoning individuals taking their drug. Skarsgård is seemingly the leader of “The East,” Page a second-in-command type, when Marling’s character comes along.

“I think there’s a lot of validity in what they’re angry at, and Izzy is angry at,” said Page of her character. “And yes, a lot of it is interpersonal and internal, and obviously her sort of emotional connection to it, but as a human being you sort of can’t have that.” 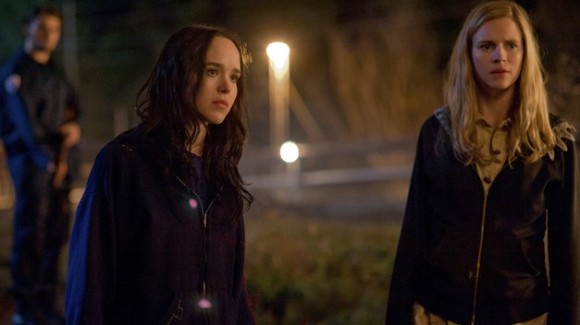 “That kind of wakes you up, doesn’t it? When it is personal,” added Skarsgård, “when you’re put in a position like that, that’s what opens your eyes. And that’s what happened in Izzy’s case, and in Benji’s as well.”

Personal comes into play when Sarah is tasked by her boss, a woman she greatly admires, to infiltrate the group and realizes they may not be the bad guys in the scenario.

“I think Sarah looks up to Sharon for having the same sort of tunnel vision and persistence to get to the corner office and be the head of the company. I think that’s where her mind is set and then I think her moral compass is set in a different direction,” said Marling.

Clarkson added, “I think our moral compass can be reset at any moment. And all of us, we all think we have a very set moral compass. I like to believe I do but then you know, tomorrow I could wake up and be on the front page of the New York Post.”

The two share a mother/daughter type bond in the film and in real life, share a similar outlook to women in the industry.

“It’s just so competitive,” said Marling, who Clarkson praised for being both an actress and a writer. “There’s so many fiercely talented female actresses. It’s kind of crazy.”

“I was just having that exact thought,” said Clarkson. “There are so many talented women in our business. Young, middleaged, older, the span is astonishing.”

“There’s so many great women and you feel like you’ve got to write not only to get yourself a job, because you’re jobless [laughs], but for all the women whose work you love. Julia Ormond has a small but pivitol role in [The East] and when you watch her she really makes you believe [what she went through],” said Marling. “There’s so many great women and not enough women writing for all the great women that should be doing really challenging, cool stuff.”

“Sadly, look at the movies that just opened. Eighty percent of films star men, 80% of the casting, 80% are men. In a cast there’s usually 20%…is there one woman? Maybe two? It’s hard.” 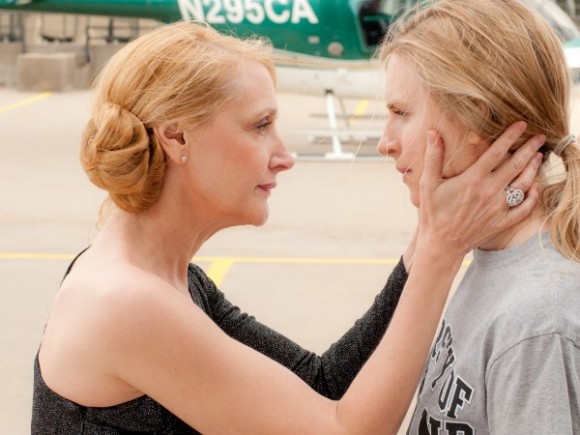 But the entire cast is certainly impressed with Marling’s trajectory in the business. She’s written and starred in both Another Earth (directed by Mike Cahill) and Sound of My Voice (also directed by Batmanglij) and starred in Robert Redford’s The Company You Keep.

“[Alexander and I] were both huge fans of Sound of My Voice and what Zal had done with that and her performance in that, alongside her performance in Another Earth, were astounding. And then to know the story of how her and Zal and Mike entered this business and industry, was obviously, needless to say, incredibly inspiring,” said Page. “The moment you meet them, their passion, their creative intent, and their purpose for telling stories is palpable and infectious and I wanted to be involved with their body of work.”

Their creative ability was something that attracted Skarsgård to the role. “It just made me think, and about really interesting questions, because it wasn’t clear who the good guy, the bad guy was, it was very murky. It raised some interesting questions about, morally, where do you stand? How far are you willing to go for a cause?”

Whether they meant it to be political or not, The East certainly makes a statement on our current world. But Batmanglij isn’t sure the kind of impact the film will have on audiences.

“I don’t know if films have the power to change as much as they have the power to sort of reflect the world back to us, in a way that makes more sense than our own interpretations of the world. I think this film is a way of asking a lot of questions,” he said. “How do those CEOs of the pharmaceutical company think about the fact…there are people actually allowing people to be poisoned? Their response would be well, that’s the collateral damage for a drug that saves millions of lives. And the question is just, does that need to be true?”

The director said that at the very least, the film gets people thinking enough to go home and research the side effects of the drugs they’re currently taking or thinking of taking. “I think doctors would not want us to start a movement where everyone’s googling the side effects of their drugs but I think we should. I think we’re all responsible enough to make that choice of what goes into our body and so I think being able to take more accountability for ourselves and for our actions, I hope the movie helps for us to start that dialogue. I think Brit and I have a lot of questions, we don’t have any answers. We’re not able to preach in the film because we have nothing to preach. All we have are questions that we’re asking.”

Marling is of the same mind.

“I don’t think we could make something that was didactic because I don’t think we know any of the answers. Sometimes I think when you’re making an issues movie, it’s because you think you have an idea for a solution. We don’t know,” she said. “But it is interesting that we make something that provokes the dialogue that we’re all having. To talk about these things. If knowledge is some sort of mechanism for the cure, you sort of have to have the knowledge and be talking about it first. I think that’s all we were hoping to do.”