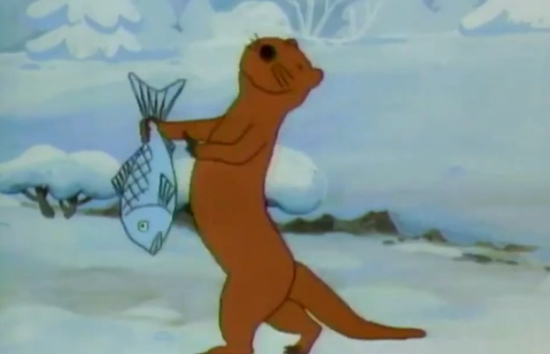 There are two ways to ensure that workplace mistakes are kept to a minimum. The first is breathing down the necks of your employees and berating them for every little flub they make, which in the long run can become counterproductive and incites office mutiny. The second, and the least damaging to their fragile self-esteem, is the use of a dancing otter GIF set to Kenny Loggin’s “This Is It” to let them know they done goofed. The security engineer for the tech operation of Barack Obama’s recent campaign, Ben Hagen, pioneered this method, and obviously helped ensure the President’s victory.

During the campaign, the tech team behind Obama’s series of websites was responsible for sifting through line upon line of code, searching for a common web programming error otherwise known as a cross-site scripting bug. If left unchecked, the hole could be accessed by hackers and result in undesirable posts ending up on the sites. Whenever Hagen discovered one of these exploitable errors, he would insert a GIF of the otter dancing to “This Is It” as a humorous, if not a somewhat shameful, reminder that the issue needed to be resolved. Hagen had this to say about the unorthodox approach:

I think public embarrassment is a very important part of security. Once you find a problem, embarrass the person who made it and then help them understand how to fix it.

Regardless of the shameful connotation, the team of programmers actually enjoyed being treated to the rhythmic gyrations of a happy little otter, with the entire work room almost always gradually erupting into laughter, at least according to Hagen:

The laughing would kind of work its way down the row and you’d see people’s screens light up with dancing otters and the sound progressing down the row. It was a pretty gratifying experience.

In the end the otter must’ve done something right, since Obama went on to win the 2012 presidential elections. If only Democrats would drop the symbol of the donkey in favor of an otter.

Where did the oscillating otter come from? An anime series called Nihon Mukashi Banashi: