Congresswoman Intends to Source Ideas from Reddit | The Mary Sue 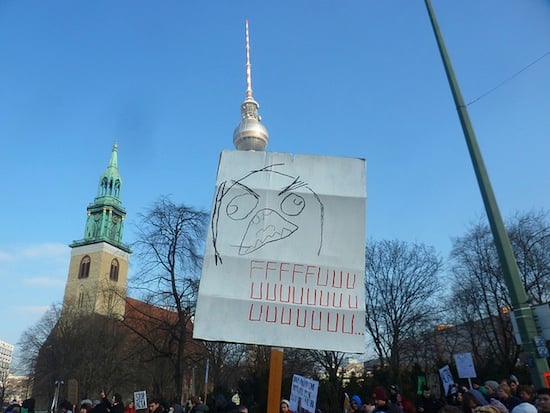 In a move that will either prove to be brilliant or disastrous, House Representative Zoe Lofgren of California intends to use Reddit to take suggestions on legislation dealing with websites accused of copyright infringement. We think Reddit would be a great way for citizens to interact with their representatives, but the obvious potential for trolling is also worth considering. Internet, please behave.

The specific bill Rep. Lofgren will be looking for feedback on is one that would require the government to notify the owner of a website accused of copyright infringement, and allow them to defend themselves, before taking that site down. Lofgren has been active in fighting the Department of Justice and U.S. Immigration and Customs Enforcement led “Operation in Our Sites,” which she says lacks due process, but has been responsible for more than 700 sites being shut down after they were accused of copyright violations.

Reddit should be a good place to discuss this kind of legislation, considering how outspoken the Internet community was about stopping bills like SOPA, and it has been used by politicians in the past. President Barack Obama famously overwhelmed the site in August by participating in an AMA (Ask Me Anything) and drawing more than 200,000 concurrent users to Reddit.

The Congresswoman is expected to publish a thread on Reddit later today that will allow users to give their feedback on the specifics of the bill, and how best to protect website owners from their sites being taken off the Internet without notice or a chance to prove themselves innocent. Lofgren could likely use the input from users in drafting a bill to be introduced in the next session of Congress.

Our government has seized domains with nothing more than the rubber stamp of a magistrate, without any prior notice or adversarial process, leaving the authors of these sites with the burden of proving their innocence.

She also called the seizure of domains without due process a form of censorship, and contends that such actions are a threat to the freedom of expression. We just hope the ratio of actual input to nonsense and cat pictures is an acceptable one.

(via The Hill, image via pierreee)