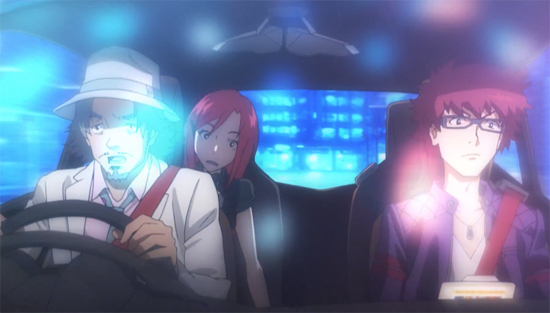 The best way to promote any product in Japan is obviously through an anime short. The setting for said short must be a decade or so from now, that way the animators can play with some totally sweet futuristic flourishes. Also, the first protagonist has to be an adorable petite girl, or the rest won’t work at all. This is all apparently known to Mercedes-Benz, the car manufacturer, as they partnered with anime studio Production I.G — the studio behind Ghost in the Shell — to produce a short exactly like that to promote the release of the next A-Class model in Japan. Seriously.

Titled “NEXT A-Class“, the short follows a group of folks brought together by fate to chase a legendary noodle truck. Due to the fact that this is actually a promotional video for Mercedes-Benz, they’re driving around in the A-Class model that releases in Japan on January 17th. See for yourself:

Here’s the official synopsis, according to Crunchyroll:

In the not so distant future, to cope with the traffic jams and verticalization due to the Increased population, the city of Tokyo was reconstructed under the theme of “city sharing” in which people share the urbane [sic] space by transforming the roads and city structure by time of the day. A woman named Nico is walking in the city. She is having her long-awaited day off; however, she does not know what to do and who to hang out with. She hopes an exciting thing suddenly happens–. Then, a truck passed right before her eyes. The loud music and flashy decoration of the vehicle reminded Nico the car “it” that everyone’s talking about on the internet. As soon as Nico saw it, she ran after it, then ran into Gatsu and Makito. Nico get [sic] in the latest A-Class and they chase after the truck driving through the city that is changing its form rapidly. See if they catch up with the legendary truck and reveal the true identity of “it”.

In all honesty, I hope this campaign works for the car manufacturer. Anything that allows anime studios to craft odd little shorts is a good thing in my book.