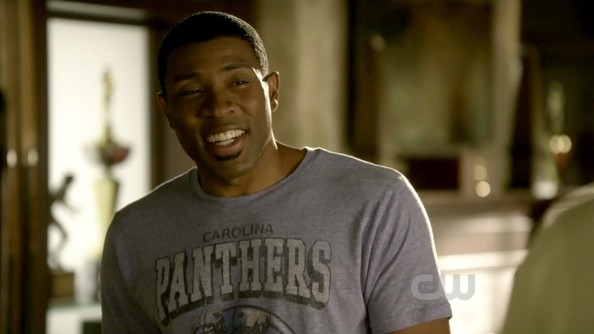 The journey to a live-action Black Lightning series has been meandering. At first, it was going to be a Fox show, but then Fox passed only to have The CW come to the rescue (the fact that CW Golden Boy Greg Berlanti was already Executive Producing probably made that decision easy). Now that a pilot has been ordered, it looks like the show has cast its titular hero.

Hart of Dixie‘s Cress Williams is taking on the mantle of Black Lightning in the new show, keeping the CW superhero love-fest very much in the family. You may also remember Williams from Friday Night Lights or Code Black.

At 46, Williams is well above the usual age for the lead on a CW show. However, Black Lightning, written by the husband and wife writing team of Salim Akil and Mara Brock Akil, centers around Jefferson Pierce, a metahuman with two daughters, each of whom is a superhero in her own right, at least in the DC Comics universe. His daughter Anissa, a.k.a. Thunder, is a member of the Outsiders, while his other daughter Jennifer, a.k.a. Lightning, was recruited by the Justice Society of America. The television show will focus on Jefferson after he has made the choice to hang up his suit and his secret identity years ago, but with a daughter hellbent on justice and a star student being recruited by a local gang, he’ll be pulled back into the fight.

The fact that this character is a father makes a big difference, and may make Black Lighting a more mature, grounded show in the Flarrowverse. If there’s ever another crossover, it’ll be interesting to see how an older hero interacts with the younger, more impetuous heroes.

I’m just glad to see a black superhero headlining a DC TV series. Do I wish it were a live-action Vixen show? Maybe. But perhaps that isn’t yet out of the question. *hint, hint*

(via Collider, image via The CW)