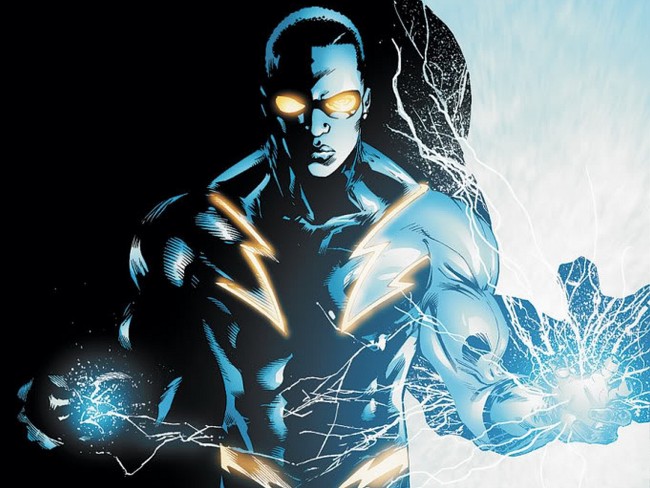 As the dust settles on pilot season, The CW has ordered Black Lightning to pilot and pushed the Charmed and Lost Boys reboots to 2018.

Black Lightning was originally intended for FOX, where other DC superhero shows Gotham and Lucifer also air. When FOX passed on ordering a pilot, the CW picked it up. However, the move isn’t that surprising. From the beginning, Black Lightning was attached to Greg Berlanti’s Berlanti Productions, the company behind DC’s CW shows: Arrow, The Flash, and Supergirl. Berlanti and the CW clearly have a happy working relationship.

The move does raise questions about tone, though. When Black Lightning was originally attached to FOX, there was speculation about whether it would mirror the darker tones of Gotham and Lucifer. Having found a home on the CW, it may now feel more like the Arrowverse.

The hourlong drama will center on Jefferson Pierce, who hung up his suit and his secret identity years ago. However, with a daughter hell-bent on justice and a star student being recruited by a local gang, he’ll be pulled back into the fight.

Should Black Lightning be ordered to full series, it would represent a win for TV diversity in two ways. First, it would be the only superhero show besides Netflix and Marvel’s Luke Cage with a black lead. Secondly, the black, Muslim husband-wife duo of Mara Brock Akil and Salim Akil will be writing the pilot, bringing diversity behind the camera as well. The Akils previously worked on shows like The Game and Being Mary Jane, and have signed a multi-year development deal with Warner Brothers.

Meanwhile, the Charmed and Lost Boys reboots have both been pushed back to the next development cycle to accommodate for rewrites.

The Charmed reboot will be set in 1976 and will “be connected to the original series in some fashion.” According to The Hollywood Reporter, the initial draft from Jane the Virgin writers Jessica O’Toole and Amy Rardin “didn’t come in the way the network had hoped.” As a result, Jane the Virgin showrunner Jennie Snyder Urman will help to rework the script once she finishes with Jane‘s third season.

The Lost Boys reboot will be reworked by Rob Thomas, the writer and producer of iZombie, along with Danielle Stokdyk and Dan Etheridge. Since the third season of iZombie has already wrapped, Thomas can get right to work.

Lost Boys is intended to span seven seasons. The vampire characters will remain the same throughout the series, but each season will take place in a different decade. The first season is set in 1967 in San Francisco, during the famous Summer of Love.

(Via The Hollywood Reporter and Blastr; image via DC Comics)