Does Greg Berlanti ever sleep? 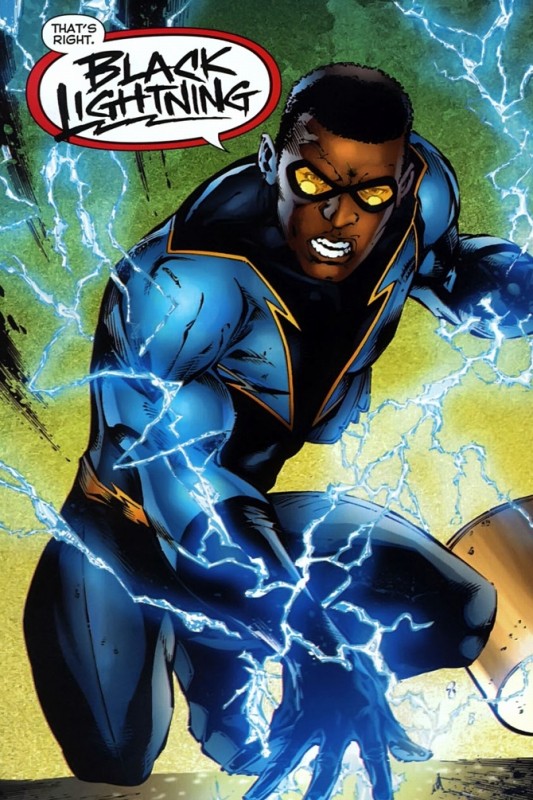 With Marvel’s Luke Cage coming to Netflix later this month, we seem (hopefully!) to be starting on a wave of black superheroes coming to television. DC is putting their hat into the ring with a TV adaptation of Black Lightning for Fox.

We knew that the show was being shopped around, but Deadline Hollywood announced today that Warner Bros. Television sold the show to Fox. The network is already home to DC/Vertigo properties like Gotham and Lucifer, but what’s interesting about Black Lightning is that it’s being produced by Greg Berlanti’s Berlanti Productions, whose DC/WBTV shows have generally found a home at The CW. However, Black Lightning will live at Fox and be Executive Produced by Berlanti Productions’ Greg Berlanti and Sarah Schechter and Akil Productions’ Mara Brock Akil and Salim Akil.

And that’s really the great part of all of this. Husband and wife duo Akil and Brock Akil, who’ve written and produced shows like The Game and Being Mary Jane, will be writing and executive producing the show, guaranteeing that there are black voices at the helm, which is made even better by the fact that there seems to be gender parity at the Executive Producer level.

For those who are unfamiliar, the character of Jefferson Pierce, a.k.a. Black Lightning, was created by Tony Isabella with Trevor Von Eeden for DC Comics in 1977. He was one of DC’s first major black superheroes, and in the comics has two daughters, each of whom is a superhero in her own right. His daughter Anissa, a.k.a. Thunder, is a member of the Outsiders, while his other daughter Jennifer, a.k.a. Lightning, was recruited by the Justice Society of America.

According to Deadline, the television show will focus on Jefferson after he has “made his choice: He hung up the suit and his secret identity years ago, but with a daughter hellbent on justice and a star student being recruited by a local gang, he’ll be pulled back into the fight as the wanted vigilante and DC legend Black Lightning.”

While I watch both, I have mixed feelings about Gotham and Lucifer. However, according to Deadline, Black Lightning “had been in the works at WBTV for well over a year, going through different incarnations as the studio has taken its time to get the take right,” which gives me hope about the quality. I generally trust Berlanti’s handling of DC properties, and with the Akils steering the ship on this one, Fox might have its biggest and best DC show yet! Are you excited for Black Lightning?