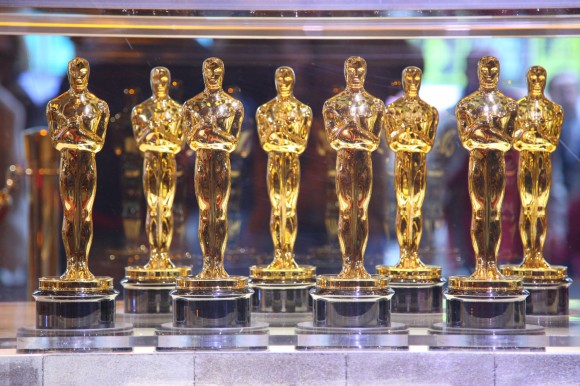 The challenge for every blogger covering the Academy Awards this year seems to be to make a reasonably interesting-sized molehill out of a regular molehill. No one movie won more than four awards, there weren’t any breakout surprises, and the most shocking thing about the broadcast seems to be that Melissa Leo used the f-word. Come on.  Last year Ben Stiller showed up in a Na’vi costume.

And unlike last year, the number of really beloved genre films treated to nominations was slim. Inception, the tent pole movie of many a geek’s 2010 summer managed to pull only half of the awards it was nominated for, and half of those wins were Best Sound Editing and Best Sound Mixing, the two Oscar categories that no one can ever remember the difference between.

Here’s how the Awards fell out, for the big genre or tech-related movies of the 2010:

How To Train Your Dragon and Harry Potter and the Deathly Hallows were nominated, but received no awards.

My Additional Notes?  Well, it turns out that no matter how many times I see the evidence, every year I have to remind myself that the collective consciousness of Hollywood does not like genre movies (at least until they’ve gotten to the third installment of a trilogy). The Academy opened up the number of pictures nominated for Best Picture last year, nominally because they wanted to feature more genre film, maybe get the first animated best picture.  Two ceremonies later, we still haven’t seen real progress on this initiative to honor more science fiction, fantasy and animation.  I’m not saying Toy Story 3 should have won Best Picture.  Maybe this just wasn’t the year for genre.  But no writing award for Inception?

Speaking of Toy Story 3, it’s win cements another Academy trend: that of recognizing animated movies for children over animated film for adults. The Illusionist (that is, the 2010 French animated film, not the 2006 Edward Norton movie), the only adult animated film nominated for Best Animated Picture, is a movie that at least five animators have yelled at me to find and watch this year.  (Or maybe it was just one, loud animator.)

(Yes.  Yes Toy Story 3 made me cry.  Yes, I almost cried in the first five minutes.  Yes, I bawled for the entire last half hour of the movie. Yes.)

So I guess I should get on that.  Not to mention finding a copy of The Lost Thing, adapted from the book by Shaun Tan.  If you’ve never heard of Mr. Tan, please.  Go pick up a copy of The Arrival, which you’ll probably find slightly mis-filed in the picture book section of your local Barnes&Noble and give it a good long stare.  You can thank me later.