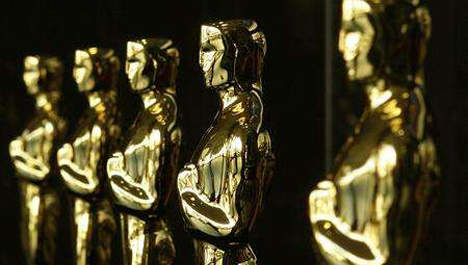 After seeming to show so much promise in the nominations, the Academy of Motion Picture Arts and Sciences has not followed through on its promise “to recognize and include some of the fantastic movies that often show up in the other Oscar categories, but have been squeezed out of the race for the top prize.”

What this statement meant, when you strip out all the language designed not to offend, is this: to recognize and include genre movies, that is, science fiction, fantasy, action, and animation (yes, I know animation is a medium and not a genre, but Hollywood hasn’t figured that out yet).

Much to my should-not-have-been-surprise, when the last award was announced, despite multiple nominations in more than ten categories, including Best Picture, Best Director, and both Screenplay awards, genre movies were snubbed in almost every award except the technical ones.

Inglourius Basterds was the only exception, with Christoph Waltz taking home the Oscar for Best Supporting Actor.

Genre movies were awarded Best Makeup, Best Art Direction, Best Cinematography, and Best Visual Effects.  They were passed up in both writing awards, Best Director, and Best Picture.  Avatar, Inglourius Basterds, and District 9 can join a growing number of genre movies that were nominated for Best Picture but did not win.

The silver lining on this cloud is probably that if the Oscars had to go to non-genre movies, the Academy could have done much worse than to award them to The Hurt Locker and Precious.  Precious took the Best Adapted Screenplay award that might otherwise have gone to District 9, while The Hurt Locker competed with genre films in every award it won.  Also, first female winner of Best Director, woo!

To the Academy: it seems likely that changing the structure of the voting can only go so far.  The movies that “that often show up in the other Oscar categories” will not be appreciated at the Oscars until Academy voters can admit that “genre” is not synonymous with “lowbrow;” “blockbuster” doesn’t always mean “intellectually bankrupt;” and while “high grossing” generally means that the average American liked it, that doesn’t mean you have to snub it in order to remain aloof.