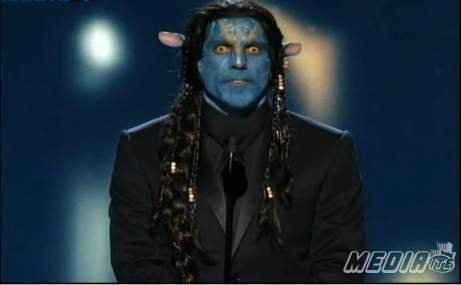 We knew there was going to be an Avatar moment at the Oscars sooner or later, and Ben Stiller gave it to us: Appearing in full Na’vi regalia, he clicked and hissed his love for James Cameron and presented the Oscar for Best Makeup — which Avatar wasn’t actually in the running for. (Star Trek ended up taking the Oscar.) Stiller also claimed to have two Star Trek ears signed by Leonard Nimoy, which we are hoping against hope is true.

Video after the jump: