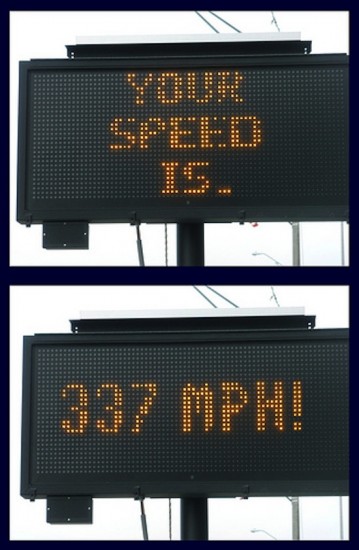 They say everything is bigger in Texas. Well, as it turns out, pretty soon everything will be faster too. The Texas Transportation Commission has raised the speed limit on a single 41-mile stretch of highway from outside an Austin suburb to a highway near San Antonio to 85 miles per hour, the highest speed limit set in the country.

The road is actually two segments of Texas’ Route 130, segments five and six to be precise, which runs from Mustang Ridge, a suburb outside of Austin, to Interstate 10 at Seguin, near San Antonio. Driving the speed limit, drivers will be able get from one end of the road to the other in 29 minutes.

Though the limit has already been raised, the road itself hasn’t been finished yet: According to private contractor State Highway 130 Concession Co, says they’re on track to finish construction on November 13th. The highway will definitely be a toll road, but the state has yet to determine how much legally driving 85 miles per hour is worth to the average commuter.

Of course, while driving fast may sound cool and all, not everyone thinks raising the speed limit is a good thing: Experts say there is a direct correlation between raising speed limits and an increased number of automobile-related deaths. Similarly, lobbyists assert that the state is raising the speed limit for financial reasons: The new road will be operated and maintained by State Highway 130 Concession’s parent company, Cintra for the next 50 years.

Before Texas Route 130, Utah was home to the highest speed limit in the U.S. A stretch of Interstate 15 in the state let drivers to hit 80 without breaking a sweat.