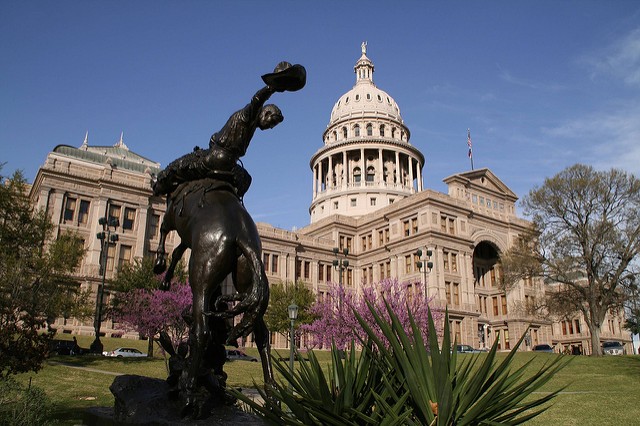 Apparently, studies that prove things with facts you disagree with are “biased” and heath officials should not be allowed to co-author studies about…women’s health…on taxpayer money. Because the absolute worst thing for a health official to do during work time is worry about healthcare for fifty percent of the state. At least, that seems to be the way they’re doing things in Texas.

Rick Allgeyer, director of research at the Texas Health and Human Services Commission for twenty years, was – you know – doing his job and researching the effects of his state’s recent cuts to Planned Parenthood funding. You can check out the abstract of the study here, but basically he discovered what several other studies on the subject have discovered: removing funding to Planned Parenthood in the Texas Women’s Health Program back in 2013 was a big mistake, as it meant that fewer women had access to IUDs, increased births covered by Medicare, and generally put a strain on health care in the state.

Meanwhile, the woman responsible for the TX Women’s Health Program, Republican state Sen. Jane Nelson, dismisses the study, saying that it’s biased, because it was funded by the Susan T. Buffet Foundation (a non-profit that supports PP). I wonder if the study would’ve been biased if it had been funded by an organization that didn’t support PP?

According to the Texas Tribune, Nelson also took issue with the study, because she says it didn’t account for other services available through the program, nor did it study enough of the program participants:

This study samples a narrow population within the Texas Women’s Health Program (TWHP) – which represented only 33 percent of the overall number of women enrolled in our women’s health program in Fiscal Year (FY) 2014. This ignores the hundreds of thousands of women being served through the expanded Primary Health Care Program; and the 628,000 women of child-bearing age receiving full Medicaid benefits, 75 percent of which received contraceptive services in FY 14.

Critical evaluation is essential to good government, but women should not be misled into thinking the services they need are not available to them.

The other major issue Republican lawmakers had with the study? That it was being conducted and worked on during work hours, which is apparently against the rules. (I wonder when a health official is supposed to make time to conduct a health-related study?) According to The Associated Press, Bryan Black, spokesperson for the TX Health Commission, said in an email, “He should have never been putting in time on this study during the normal business day, he was paid to perform state business.”

But what is more ‘state business’ than an inquiry into how the state is conducting its business?

And that’s the problem, isn’t it. State business is fine, so long as you’re not picking apart how that business is being handled, or rocking the boat. The study ended up being published in the New England Journal of Medicine this month and, after possibly facing disciplinary action (and since he was eligible for retirement anyway), Allgeyer is stepping down. There’s no word on the status of Imelda Flores-Vazquez, Allgeyer’s co-author and subordinate at the Commission.

I’ve gotta say, this study is quite the mic drop before leaving your job. Still, it’s a shame that he was made to feel like leaving was the only option in the first place.

(via Jezebel, image via Ed Schipul/Flickr)