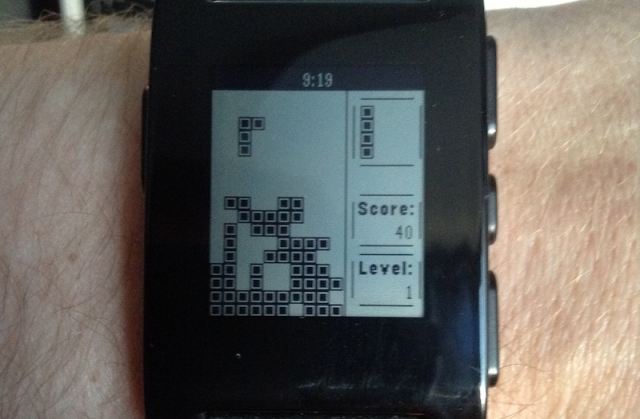 I’ve been skeptical of the Pebble smartwatch. As far as watches go, yes, it looks like a very useful watch, but I stopped wearing a watch when I started carrying my phone with me everywhere. That said, nobody told me we’d be able to play Tetris on these things. Now I kind of want one.

Sure, I can play a bigger, brighter, full color version of Tetris on my phone, and the game pictured above isn’t even really Tetris. It’s a clone called Pebblis posted in a Pebble user forum by Robert Hesse, but I love a good novelty round of Tetris. Hesse posted this photo with the caption “Anyone interested in a Tetris clone? Here’s Pebblis:” 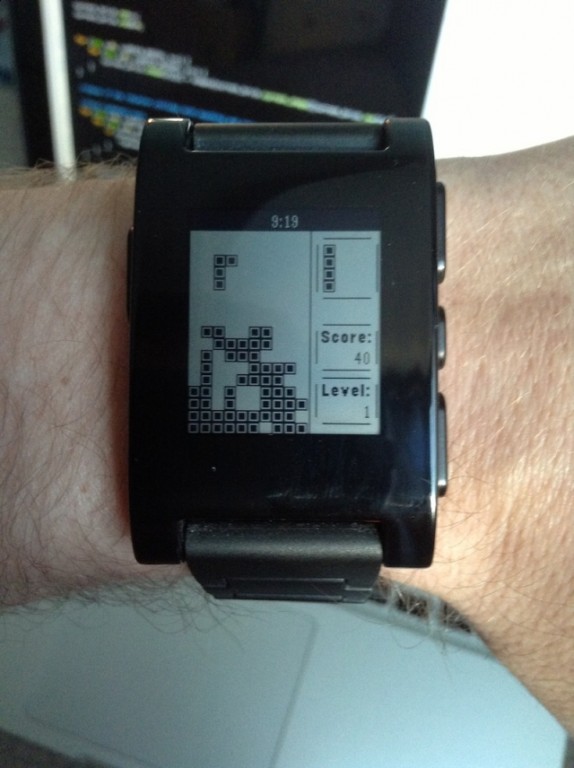 He has two versions available to download. One utilizes the watch’s vibration feature when clearing lines and when the game ends, and the other does not. Commenters in the forum have been providing feedback, and Hesse seems pretty quick to incorporate suggestions. He’s already updated Pebblis with the ability to drop pieces with a long press of the “Select” button, a feature that was previously missing from the game.

The current SDK available for Pebble developers like Hesse is limited to what they do with the watch. At the moment they’re unable to do any sort of save state, so it would be hard to get a long game of Pebblis going. They also don’t have access to the built-in accelerometer or ability to communicate with a phone over the watch’s Bluetooth connection.

Still, though. It’s Tetris, and that’s usually all it takes to make me want something.

(Get Pebble Forums via Ars Technica)