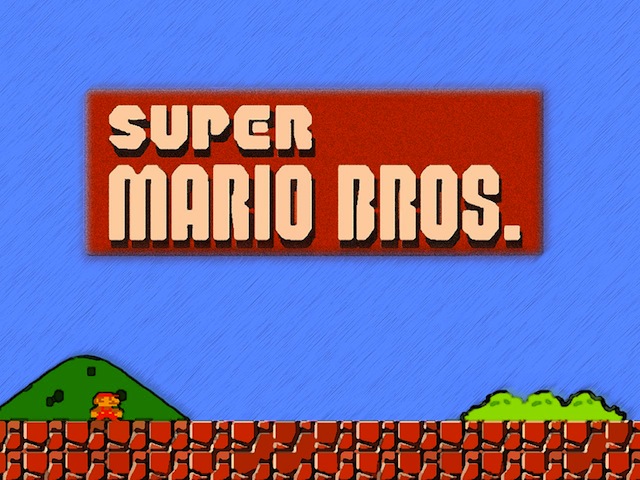 Tired of playing video games now that the sun is starting to make regular appearances and the outside world is looking more inviting? Good news! Now there’s a computer program that can play your video games for you! Computer scientist Tom Murphy has developed an artificial intelligence that can play NES games like Super Mario Bros. all by itself. It doesn’t even have to trade off the controller with its kid brother every other life.

Murphy presented a paper outlining his work earlier this month at SIGBOVIK, the conference of the Association for Computational Heresy. Now, you can see a video version of the paper — entitled “The First Level of Super Mario Bros. is Easy with Lexicographic Orderings and Time Travel. . . after that it gets a little tricky” — in which Murphy breaks down his work and explains how a computer can be much better at Super Mario Bros. than an eight-year-old Ian Chant ever was.

Murphy has dubbed his creation Playfun, and it works by copying Murphy’s own movements in a brief play test, and then extrapolating them out over the rest of the game. To teach Playfun how to play a game, Murphy plays it himself for a while, recording his inputs to offer the program a blueprint and teaching it what its goals should be in the game. It doesn’t just copy Murphy’s movements, though. It learns what his goals are while he’s playing the game — stomping on a goomba, getting a higher score, getting to a new level, or just not falling down a bottomless hole — and then works out the best ways to achieve those goals, meaning it can play through a game farther than Murphy’s training round lasted.

As you can see in the video below, Playfun is much better at playing straightforward side-scrollers like Super Mario Bros. than it is at figuring out the strategy behind more abstract endeavors like Tetris. That said, it does play a pretty wicked round of Bubble Bobble as well. While it’s only capable of playing NES games right now — and it’s not even, like, super great at those — we can consider the genie out of the bottle. In just a few short years, bots will no doubt dominate competitive League of Legends play, though training them to properly berate new players with a never ending string of slurs and insults will probably take another year or two.