How Many Tetris Pieces Would It Take to Build Your Dream House? 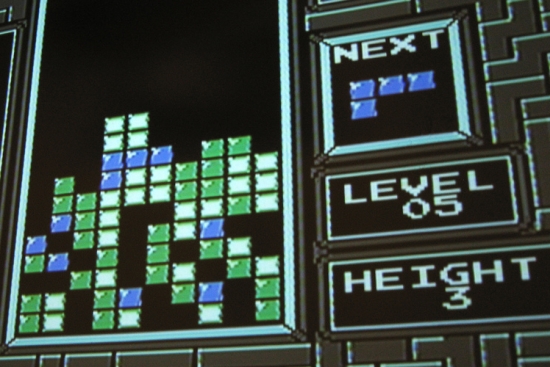 Tetris is hypnotic. There are few things more satisfying to the human brain than stacking up falling bricks into neat little piles. It scratches just the right itch. If building real-world objects out of Tetris blocks were an option, then that’s what my house would be made of. That does raise the question of how many Tetris bricks it would take to build a house? Don’t worry. Movoto’s got you covered with a new calculator to figure it out.

To be able to answer that question the Movoto folks needed to decide how big a physical version of a virtual Tetris block would be. To do that they simply measured how big they are on the original Game Boy version of Tetris, and did the math based off that. Each square of the Tetris block works out to a scant .097 inches. With that, and a standard variety of the different block shapes, they can calculate how many Tetris block it would take to build your house based on square footage and number of levels.

Give it a shot:

They say the average home would take 1,351,458,219 Tetriminos — the official term for a four block shape with the blocks connect at the edges. My home is evidently a little smaller than the average and only takes 831,432,667 pieces to build.

The calculator went live today, but Movoto let me preview it yesterday and I pointed out that given the rules of Tetris, to build any standing structure would require that you leave at least one space empty per row of blocks, or that row gets cleared. On my suggestion, they included a warning after you get your estimated number:

While the holes would only need to be .097 squares, there needs to be at least one in every .097 inch row. That many tiny holes would make for an awfully drafty house, so maybe Tetris blocks aren’t the best building material after all.

(via Movoto, image via watz)