Get Ready to Flip the Board: Monopoly Announces New Token Lineup 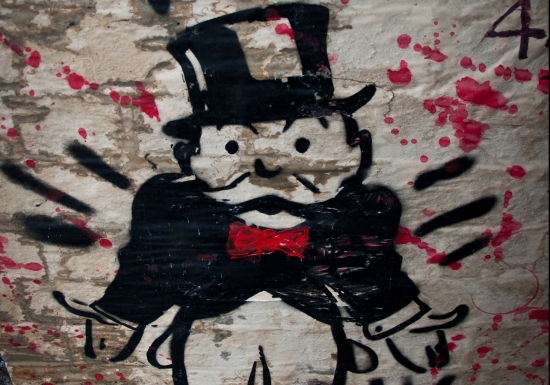 When Hasbro announced that it would hold a vote to replace one of Monopoly’s tokens with a new one, I made some suggestions for better pieces. It looks like they ignored my brilliant suggestion of putting a jet pack in the game, because today they’ve announced the results of their election. We have the results, and Hasbro’s over-the-top animations announcing said results.

The announcement that Monopoly would be shaking up its token lineup came last month. The company held a vote on their official Facebook page that let users pick their favorite current piece, and also pick which piece they wanted to see added to the game. The piece with the least support would get the axe, while the new suggestion with the most votes would get added.

It looked like the wheelbarrow was going to be the piece to go. Bookmakers even gave it 4-5 odds to get cut, but it managed to hold on to see a few more years of being the piece you get stuck with if you have to pick last. Instead, let’s pour one out for the iron. With the least number of votes from fans, it didn’t make the cut and will now languish forever in the purgatory that is Monopoly jail. Iron, we hardly knew ye. Hasbro even made this short, surprisingly depressing animation to bid the iron farewell:

Hasbro wasn’t taking suggestions for the new pieces, or they probably would have really rallied behind my jet pack idea. Instead they gave voters a choice between a toy robot (why not a real one?) a helicopter, a guitar, a diamond ring, or a cat. Due in equal parts to the Internet’s love of cats, and all those other options being stupid, the cat won handily. Don’t worry. There’s a celebratory video about the cat to get that sad iron video out of your head:

So there you have it. Further proof that, if you let it, the Internet is going to pick the cat every time. The cat token hasn’t made its way into the game yet, so if for some reason you can’t imagine a world without a iron token in your Monopoly set, there’s still time to pick one up before it’s gone from the regular version.