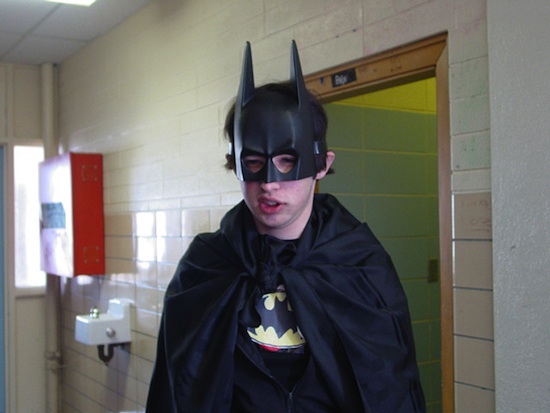 It turns out that reading comic books can be beneficial for the male psyche, making men perform better on tests of strength and even improving the body images of comic book fans. So take that, every guidance counselor, ever! A study conducted by researchers at the University of Buffalo found that, after seeing images of superheroes like Spider-Man and Batman, men performed better on a test of grip strength than they did without seeing the pictures.

An equally surprising result came from men who were comic fans. After being shown an image of the muscular heroes, fan boy test subjects were also more pleased with their own physiques. Subjects who didn’t know the Caped Crusader from Owlman, though, reported being less satisfied with their bodies after viewing images of vigilantes who are far more in shape than any actual human will ever be.

The new research dovetails with previous studies showing that women don’t have a monopoly on body dysmorphia, as men’s images of themselves and satisfaction with their bodies is often affected by masculine images they’ve seen recently. It also offers some insight into the role that having a relationship with those images plays across gender lines, as the results mirror an earlier study that found women who identified with a slim celebrity felt thinner after seeing a picture of the celeb in question.

Researchers suspect the positive impact that pictures of superheroes have on comic book fans can be attributed to the fans seeing Batman and Spider-Man as whole people, like themselves. Once they make that connection, the sting of not having six-pack abs is dulled by knowing that one day, you could still be a millionaire playboy, genius chemist, or the world’s greatest detective. I mean, anything is possible, right?