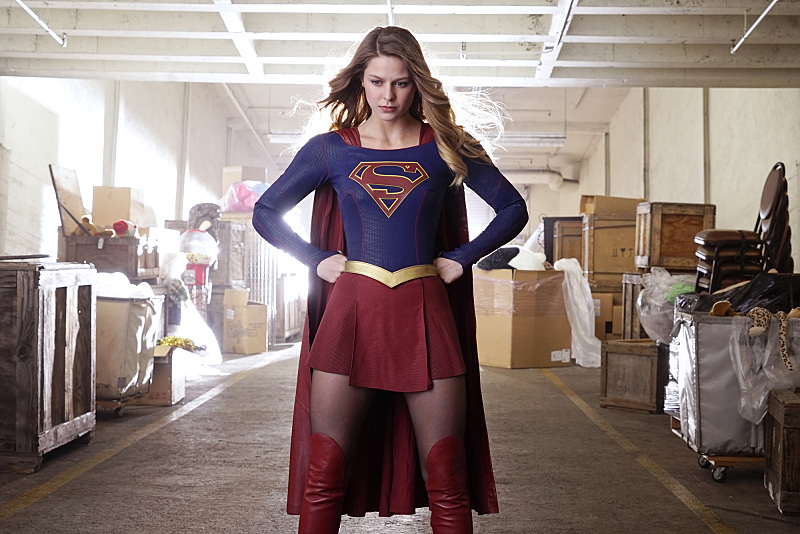 Many Supergirl fans were worried about the show’s fate after lower-than-desired ratings coupled with an entertainment environment that seems downright hostile toward female superheroes. Last week, we learned that Supergirl had not only been renewed, but had found a new home at The CW, which is owned by CBS. Now, we’re learning that even if the show didn’t made the move, it likely would have survived anyway.

At CBS’ Upfront Press Breakfast earlier this morning, Deadline Hollywood learned just how much CBS actually stands behind the show. CBS Corp. President and CEO Leslie Moonves said, “It’s great to own two networks. Supergirl fits better on the CW. If they didn’t go there, we would’ve probably taken it back.”

CBS Entertainment President Glen Geller echoed Moonves thoughts during the network’s press briefing, saying, “It’s a win-win since we co-own the CW. We worked out a great deal. And who would say we wouldn’t have picked it up had it not gone to the CW.”

Supergirl is a one-of-a-kind show that offers a rare ray of light in a climate of superhero entertainment that’s getting increasingly dark. It also caters to a young, female demographic that’s starved for live-action heroes to look up to. And though many critics were painting a negative picture of Supergirl‘s ratings, Deadline Hollywood reminds us of how the show has been successful:

Despite the fact that its numbers tapered off significantly after a strong start, Supergirl, aided by a solid DVR play, averaged a 2.4 rating among adults 18-49 in a competitive time slot, ranking as the No. 1 new CBS drama and No. 4 new network series overall (behind only Blindspot, Life In Pieces and Quantico) in the demo this season. It is CBS’ youngest-skewing new drama and averaged nearly 10 million viewers.

It’s heartening to learn that CBS wanted the show to succeed no matter what, and that the public is indeed ready for more of the Girl of Steel.