Just give her a good costume. 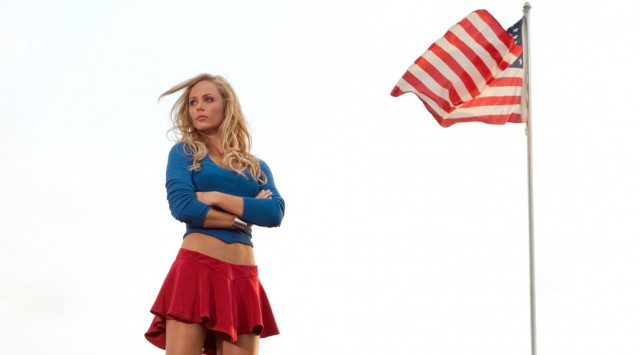 There have been… a lot of Supergirl incarnations at DC Comics. Which will CBS go with for their upcoming television show about the heroine? Some new casting details give us a clue.

And the answer is… all of them maybe? TV Line reports:

For Kara Zor-El aka Kara Danvers, the show is eyeing Caucasian females, age 22 to 26, to play 24. As the series’ mythology goes, Kara at age 12 was sent from her dying home planet of Krypton to Earth, where she was taken in by the Danvers, a foster family who taught her to be careful with her extraordinary powers. After repressing said skills for more than a decade, Kara is forced to bust out her super moves in public during an unexpected disaster. Energized by her heroism for the first time in her life, she begins embracing her abilities in the name of helping the people of her city, earning herself a super moniker along the way.

Kara Danvers is not a name Supergirl has ever gone by in the comics. However, she has been known as Kara Zor-El, Linda Danvers and Linda Lee Danvers. What does this mean? Looks like they’re trying to take a little from everything instead of sticking to one continuity. It’s smart if you think about it, but it’s sure to drive Supergirl purists a little crazy. Also, it strikes me as slightly odd that they’re absolutely looking for caucasian.

The other lead role currently being cast is that of 26-year-old Alexandra “Alex” Danvers, Kara’s gorgeous, brilliant, science-minded foster sister. Growing up, Alex was partly jealous of her sibling yet also fascinated by her abilities, prompting Alex to learn as much as she could about alien anthropology, sociology and culture. Today, Alex works for a secret government organization and, alongside her heroic sis, will face many challenges, both mundane and super.

Is smarty-pants sidekick a requirement for superhero shows?

Anyway, what do you make of the descriptions? Am I alone in hoping they would have skipped past the Smallville origin story and gone straight to her being a superhero?

CAT GRANT | The project is eyeing females in their 40s, open ethnicity, to play the founder of CatCo, a media conglomerate that Cat built from the ground up. Kara (Supergirl’s mild-mannered alter ego) will work as a personal assistant to Cat, who is described as “J.Lo by way of Anna Wintour.”

JAMES OLSEN | In his late 20s/early 30s, open ethnicity, James is a smart, worldly and (duh) attractive photographer for CatCo. Though an alpha male, his salt-of-the-earth nature elicits a huge ol’ crush from Kara.

WINSLOW ‘WYNN’ SCHOTT | This twentysomething tech whiz/Comic-Con stalwart toils for CatCo as a programmer, unaware of his own (toying?) potential. Unware of her secret, he carries a torch for Kara, whom he lives next door to.

HANK HENSHAW | As an upstart CIA agent, Hank grew obsessed with intergalactic intel. Now in his 40s and lording over the DEO (Department of Extra-Normal Operations), he is on high alert when Supergirl reveals herself, worried that her otherworldly abilities pose a threat to humankind.

Wow, did not expect Jimmy Olsen. But I like to hear “open ethnicity” for Cat and Olsen. And of course future villain opportunities.