The Mary Sue Exclusive: the Cover of Grace Randolph’s Supurbia #7 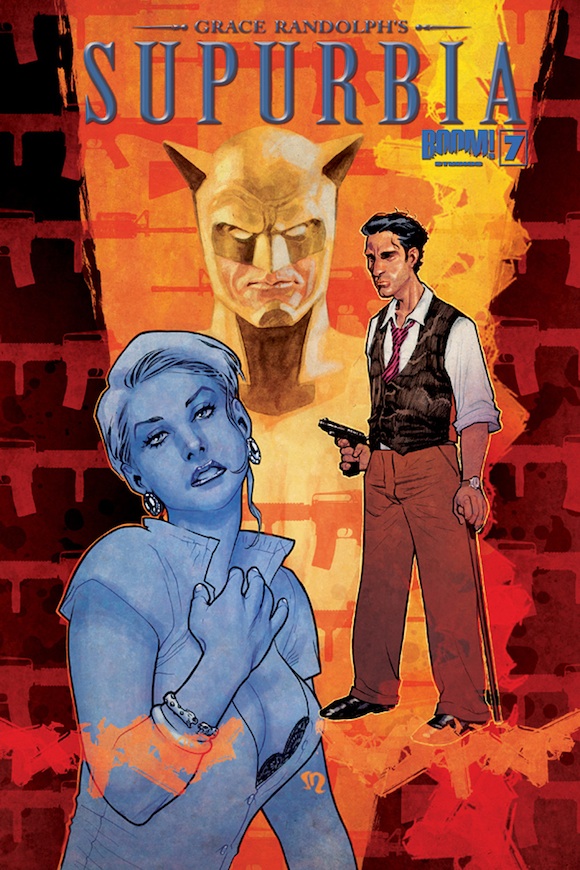 Grace Randolph‘s series about what happens when the problems of superheroes intersect with the problems of their normal spouses continues with #7, out in May. Boom! Studios offered us this exclusive look at Stephane Roux‘s cover art and the issue’s synopsis!

Tia and Batu battle the Daughters of Bright Moon as they attempt to escape Mongolia… Helen’s corruption of Sara reaches a turning point… Hector Hunt’s devious jailbreak is enacted during the chaos of the Weapons Expo… And Gio uncovers secrets that stretch all the way back to SUPURBIA Vol.1 #1! Don’t miss the next exciting installment of SUPURBIA, only from Grace Randolph and Russell Dauterman!