Amazing New Images Of This Week's Sunspots | The Mary Sue

The Sun Has Been Dotted With Sunspots This Week, Here Are Some Beautiful Pictures Of Them 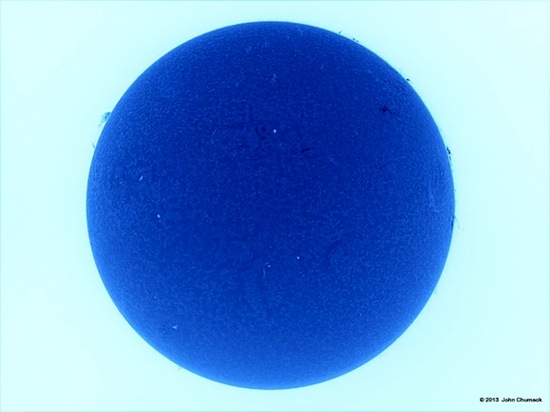 This amazing photo of the Sun — taken by astrophotographer John Chumack through a filter that renders it blue, and would probably make a really good tool if you ever needed to defeat Superman — shows some of the dozens of sunspots that have been flaring up on the surface of the Sun over the past few days. Chumack snapped some pictures through a couple different filters, and you can actually see the sunspots — which show up as white spots in this image — more clearly in the photos below. While you’re at it, you can get a look at new video — courtesy of NASA — that will get you as up close and personal as you can be with the Sun and still not be vaporized. What can we say, we just couldn’t resist leading with a bright blue picture of the Sun. 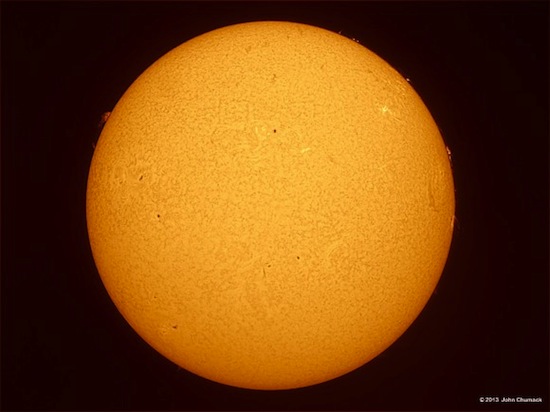 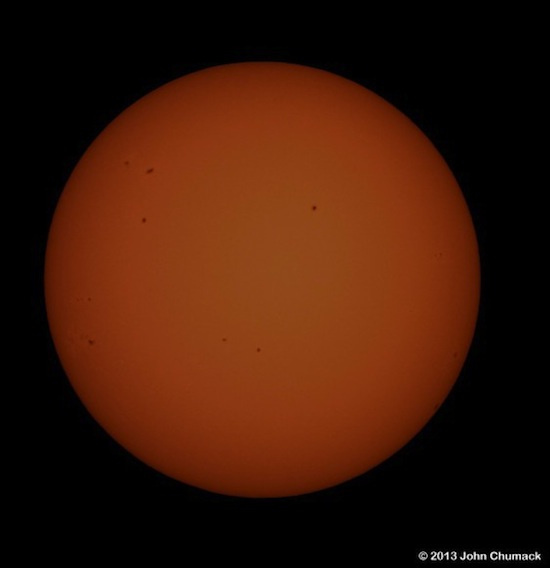 And last but certainly not least, get a load of the closeup of some of the amazing coronal loops that have leapt from the Sun’s surface during the past few days, traveling along the star’s magnetic fields, with this footage courtesy of NASA’s Solar Dynamics Observatory. To offer a sense of scale, many of the loops and jets of superheated plasma you’ll see in the video below could fit the entire Earth inside them, and their temperature is approximately 1.8 million degrees Fahrenheit.