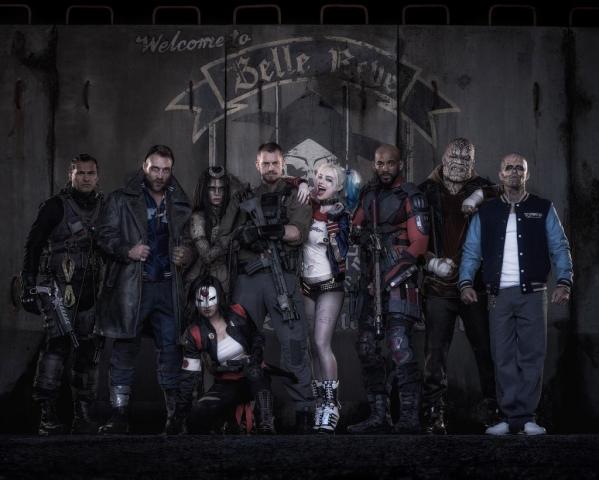 Standing in front of a big ol’ Belle Reve sign is your Suicide Squad. What do you think?

When I first saw the photo I was speechless. Not in a good way but not in a bad way either. This photo didn’t leave me with a lot of feelings except for “dark.” Seriously, here’s the shot lightened up a big. 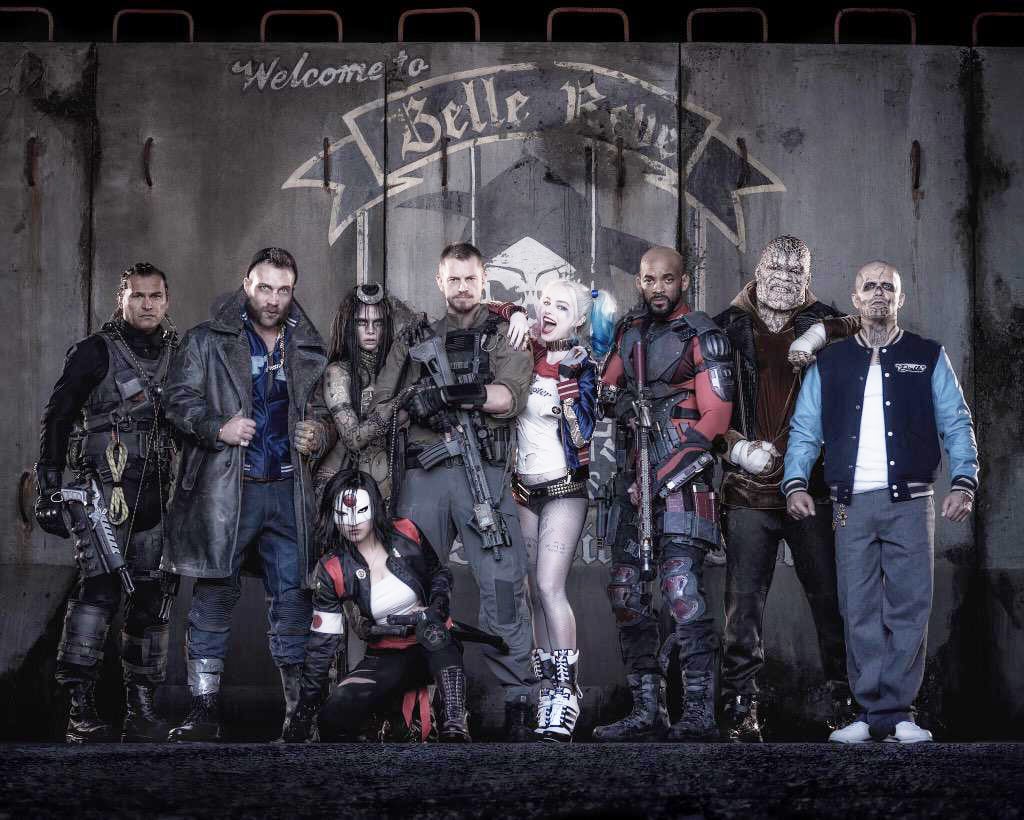 However, it’s interesting to note Latino Review was wrong in thinking Fukuhara would be playing Plastique. Instead, she’s picking up Katana, played wonderfully by Rila Fukushima on The CW’s Arrow. We’ve also seen Captain Boomerang, played by Nick Tarabay, and Deadshot, played by Michael Row, on Arrow.

Smith’s version of Deadshot got a separate reveal by Ayer, much like the Joker did. 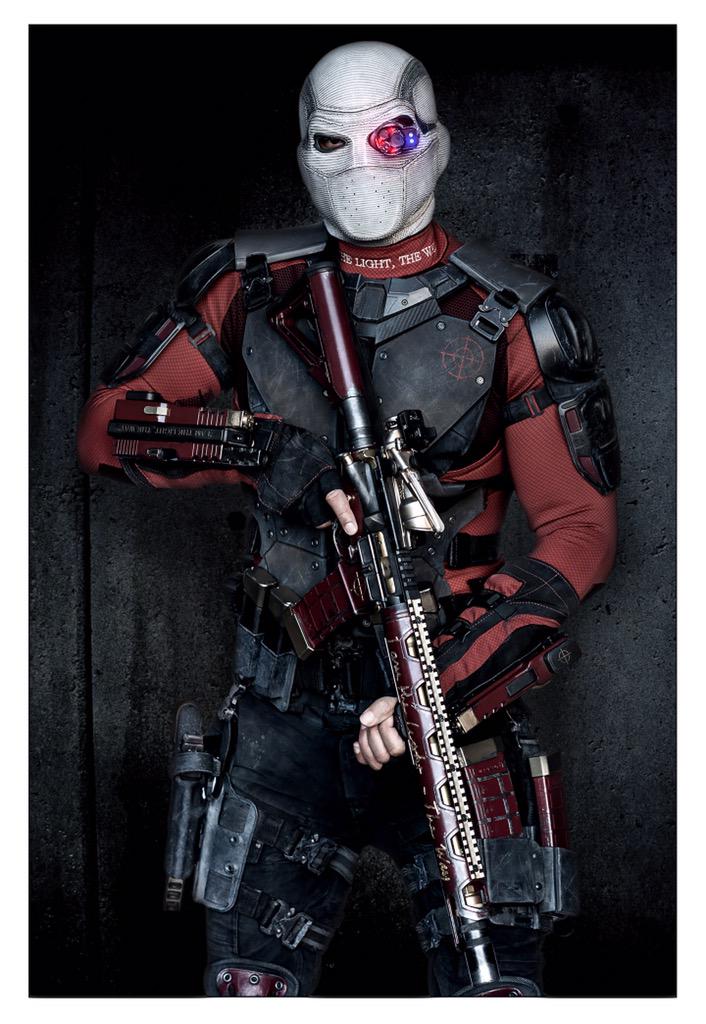 It may be interesting to note the Joker’s absence from the group, like he was from the table read photo we had not too long ago. It could mean nothing or it could mean he’s not exactly a “team player” for the bulk of the film.

I’d also like to praise the diversity of this cast once again, though I’m slightly disappointed to see Akinnuoye-Agbaje’s face covered up the way it is. Set photos also have him looking a bit too much like Amazing Spider-Man 2’s Electro for comfort…

Your mileage on Harley’s look may vary, including her Leto-esque tattoos. I’m waiting to see how she’s actually played. It’s the personality that really makes Harley Harley, if you ask me.