Trailer for Suda 51’s Killer is Dead Makes Absolutely No Sense, Perfect the Way It Is 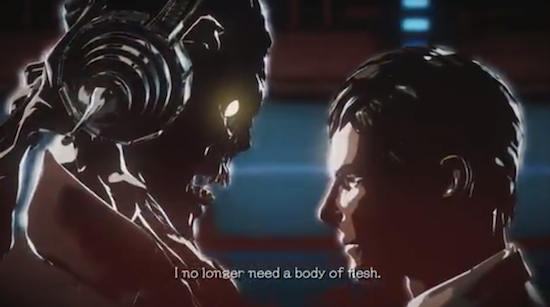 He may not be recognized in the same vein as more famous video game visionaries such as Shigeru Miyamoto or Hideo Kojima by the mainstream media, but when news hits that Suda 51 is working on a new game, you can more than bet that the gaming community will drop what they’re doing and clamor to learn more about what exactly is up the cult designer’s bizarre sleeve. Following in the noble tradition of Killer 7 and No More Heroes, Suda 51’s latest video game phantasmagoria of crazy characters, intense action, and blood spray galore is Killer is Dead: An unhinged story set in the near-future where cybernetic implants are the norm and assassin work is quite the lucrative business. Mortal words don’t do this game justice, so it’s in your best interest to check out the debut trailer for yourself.

According to MTV Geek, Killer is Dead’s main hero is named Mondo Zappa — and we thought that nothing up until this point could possibly dethrone the genius of the moniker Travis Touchdown — a cyborg assassin that works as a killer-for-hire at the Brian Execution Firm. Wielding a katana and a cybernetic implant, Zappa plows through waves of enemies, absorbing the blood and residual “dark matter” of his fallen foes to enable “Adrenalin Burst,” which is a devastating one-hit kill. Does it make sense? Not in the least, but that’s always been the charm about Suda 51’s creativity. Killer is Dead is slated for a summer release in Japan for the PlayStation 3 and Xbox 360, but there is at present no word about the title reaching American shores. We’re sure if we make enough noise, Killer is Dead will likely be in our sweaty hands by this winter the latest.