Vadering’s a Prime Example of an Internet Sin At the risk of sounding like Old Man Internet telling all the new folks to get off his lawn, we all should really just agree that Vadering is not actually an Internet meme. At best it’s a sad attempt to seed the beginnings of one, and at worst it’s the scummiest kind of viral marketing. Either way, there’s definitely nothing good going on.

Let’s address the most cynical possibility: Vadering is a pathetic attempt at viral marketing. This thought stems from the original picture posted to Reddit by user AngryBaby. In it, AngryBaby just so happens to be holding a Chik-fil-A cup at exactly the right angle to show off the branding. See for yourself: 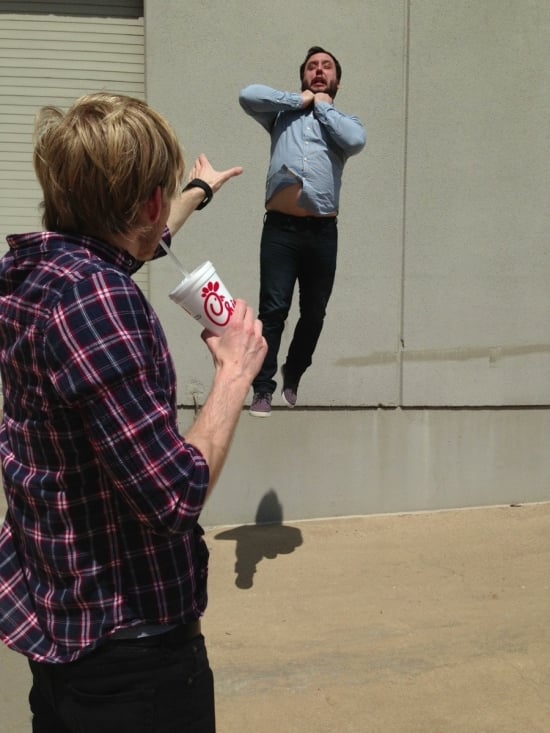 I can buy that AngryBaby’s just holding a cup to hold a cup, though the angle is mighty suspicious. It groks with other ill-fated attempts at viral marketing, and a number of users seem to agree. It’s entirely possible this really is just another viral marketing initiative. All coverage of this supposed meme now absolutely requires the initial image, after all. You can’t talk about a meme without trying to trace it back to where it all started.

The actual Vadering itself is exactly what it looks like: Pretending to choke folks with the Force whilst they’re jumping. It’s not like folks haven’t taken similar pictures in the past or anything. What sets this apart is the fact that AngryBaby intentionally posted this in response to the recent Dragon Ball trend. Normally, this would only somewhat smell of a deliberate ploy to create a new Internet meme.

Normally. But then a second post appeared a day later from user Lcox11 titled “Vadering: it’s what all the kids will be doing over then [sic] next 3 months.” It gets worse: The attached photo clearly includes some of the same people in the same place, and Lcox11 admitted as much in a comment, though they also try to suggest this is viral marketing for Star Wars instead. Worse still? Lcox11 is a brand new account, apparently created solely for this purpose. Here’s the second picture for reference: 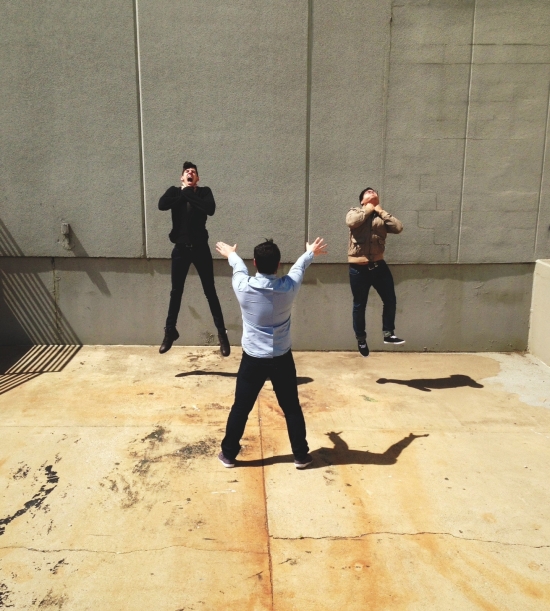 This is where things start to get weird. Places like BuzzFeed and Mashable started picking up on this, because it smells vaguely like a new meme. In digital editorial, being ahead of the curve even a little bit on these things means major traffic. I don’t blame them, but I certainly don’t want to support this kind of astroturfing on Geekosystem.

Intentionally setting out to create a meme feels antithetical to the whole process. The best memes, and arguably all “true” memes, come about organically through a confluence of events that then causes people to share these things again and again. Even if they’re then aided by conventional means, the importance of a meme’s origin can’t be overstated. There’s a sort of genuineness and authenticity that’s lost through forcing a meme.

And that’s what Vadering definitely is at best: Forcing a meme. That’s ignoring any kind of conspiracy behind the Chik-fil-A cup, or the potential impetus of viral marketing at all. Some folks got together and decided they’d make a meme, and that’s not how it works.