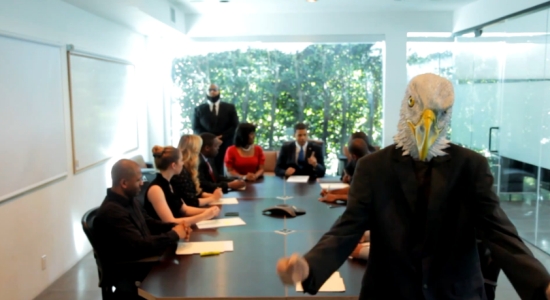 Okay, folks. Looks like people really, really love the Harlem Shake meme that’s still making the rounds. It might be slowly dying off at this point, but a number of late bloomers joined the party since we last posted about the best Harlem Shake videos the Internet’s produced so far. Given that some of those made over the past week are actually quite good, they really deserve their own roundup. Hit the jump to check out the seven best Harlem Shake videos the Internet’s produced since last week.

We’re not saying that this well-known Barack Obama impersonator doing the Harlem Shake is the best thing, but it’s pretty damn close.

I’m not one to question the naming scheme of the good people of Cyanide & Happiness, but this one seems… off. Even so, pretty funny.

I know absolutely nothing about the WWE, but it’s adorable that they’re apparently trying. Shoot for the stars!

This one is fairly generic, to be honest. Stephen Colbert deserves inclusion for busting some sick moves, though. Also, audience participation.

This Harlem Shake video has a walrus; your argument is invalid.

This is actually just an older video edited to make it look like a traditional Harlem Shake video. We’re okay with that, though. For reasons.

Yes, it’s popular to hate on the meme now. We may have finally reached its natural conclusion.