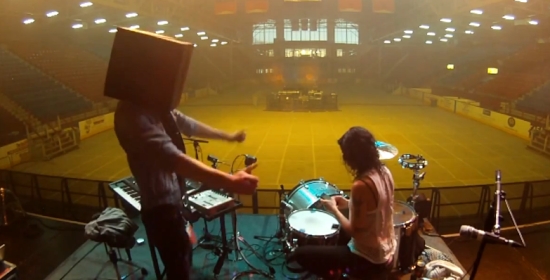 The Harlem Shake phenomenon is still ongoing. We’re only about a week into this thing, and there have already been a number of hilarious takes on the concept. The general idea is to take the first thirty seconds of “Harlem Shake” by Baauer, have one person dancing oddly while everyone else is acting normal, and then cut to the whole room exploding into motion at the first mention of “do the Harlem shake” ends. The end of the video must be a slower speed than the rest. Without further ado, here are the seven best Harlem Shake videos the Internet’s produced so far.

I really, truly love Matt and Kim. This is by far my favorite version so far.

Turns out that even video games can get down. Bethesda’s Skyrim isn’t above shaking that thing!

The giant office shenanigans are one of the best things about this particular meme.

There’s nothing like seeing Protoman humping a Christmas tree, scarf and all.

Jimmy Fallon once again proves that he’s pretty much amazing.