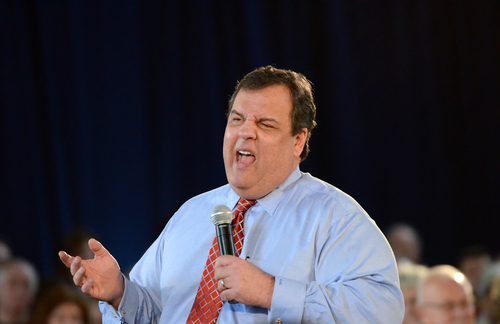 Did all the Republican candidates get together and talk about a sustained spanking campaign against Hillary Clinton? Because we’re not sure how or why they ever thought it’d be a good idea to talk about spanking a female presidential candidate. I’m likely giving way too much credit to these candidates for thinking that there’s no way they could be that oblivious, right? Yeah. Okay, I am.

CHRISTIE on HILLARY: “I’ll beat her rear end on that stage and afterward she’ll be relieved that I didn’t serve her with a subpoena.”

I mean… what. Gawker’s Ashley Feinberg also shared this fine tweet about something Ted Cruz said:

The full context on that quote from @tedcruz about Benghazi, the Clintons and spanking his daughter: pic.twitter.com/ySFM9aCK1H

You likely don’t need me to tell you what’s wrong with talking about spanking a female candidate, right? Even if you might be using it in the “we’re going to win so bad, we’ll ‘spank them'” way, it’s just vastly, vastly inappropriate.

Knock it the hell off.

(via Jezebel, image via Shutterstock/L.E.MORMILE)