Google Will Provide Better Wi-Fi For All Starbucks Locations

If their connectivity speeds come in weird pseudo-Italian sizes, though, then I will quit. 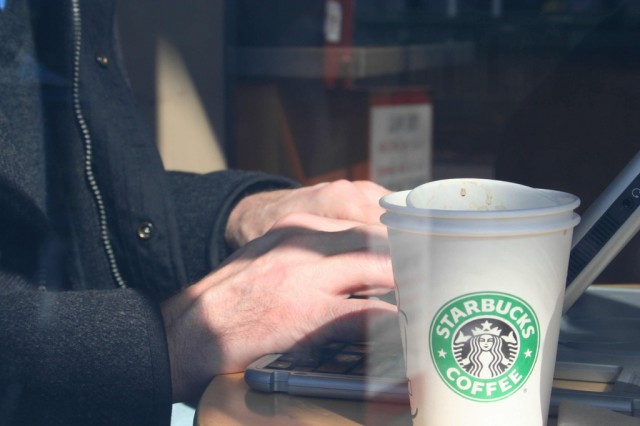 Between being able to monitor our email inboxes, chat logs, and even our Internet history, Google knows almost everything about us — why not add our coffee preferences on top of that? Because today Google released a blog post saying that starting in August, they’ll be in charge of the Wi-Fi connection for all 7,000 Starbucks locations nationwide.

In the blog post, General Manager of Google Access Kevin Lo cited how important the Starbucks Wi-Fi connection has become to those who have no other access to Internet:

Google has long invested in helping the Internet grow stronger, including projects to make Internet access speedier, more affordable, and more widely available. The free Internet connection at Starbucks has become an important part of many communities over the years, such as in the aftermath of Hurricane Sandy, or for students without Internet at home who do their homework at Starbucks.

As someone who was stranded in the East Village for four days after Sandy, I can definitely attest to the former. I swear, you’ve never seen so many people desperate for outlets and shitty coffee shop wireless in your life. None of us are going to survive a Revolution-style apocalypse at this rate.

Anyway, Google promises that the Wi-Fi at your local Starbucks will soon become up to to 10x faster than it was previously — and if you live in a Google Fiber city, that connection might even be 100x faster. This will happen some time over the next 18 months as Google rolls out their new service across the United States.

Before this new partnership with Google, Starbucks was working with AT&T to provide Internet service to its customers, which went about as well as you can expect anything powered by AT&T to go.

(via Google, image via Elvert Barnes)