Your Saturday Project: Identify The Mystery Object In This Apparent Photo Of The Star Wars: Episode VII Set

Point your browser toward this article in The National, a daily newspaper published in Abu Dhabi. The photographer, Mona Al Marzooqi, reportedly captured the accompanying picture near “a large encampment of tents” deep in the desert, surrounding what appeared to be part of a set. Centered in the image is a large object shrouded in mystery.

Now, last week, The Hollywood Reporter stated that they were pretty sure Abu Dhabi was going to be the new home of Tatooine, so this isn’t the first time we’re hearing about this location. According to The National, their sources within the Abu Dhabi film industry say that crew members have already been hired for the shoot. However, local residents don’t seem to know about it, and Disney, of course, isn’t saying anything. It is entirely possible that this picture has nothing to do with Star Wars whatsoever. Is that going to stop fans from speculating on what the object featured in it might be? Of course not!

The first theory, put forth by The National, suggests that the mystery disk resembles C3P0 and R2D2’s escape pod from A New Hope. However, some fans argue that it looks more like the foot of an AT-AT (aka Imperial Walker), as seen in The Empire Strikes Back. For comparison’s sake, here’s the lower half of an AT-AT: 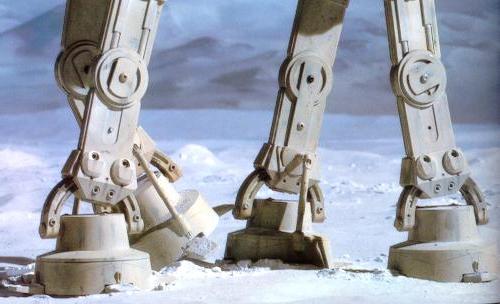 And here’s the best image of an escape pod I could dig up on short notice: 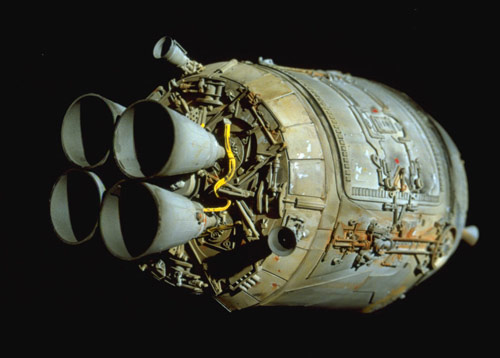 My money’s on the AT-AT. Or nothing, because that’s all it might very well be. But what say you guys? What tantalizing piece of Star Wars tech could this hunk of junk belong to?