Star Wars: The Old Republic Is Going Free-To-Play Next Week 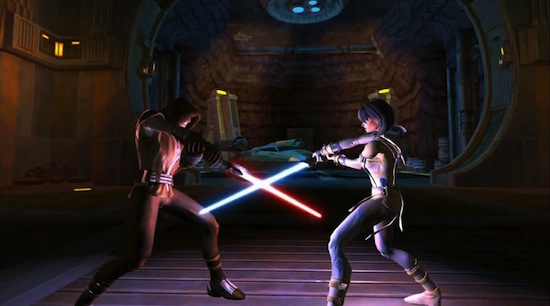 We knew it was coming, but now we know when. BioWare’s attempt at a Star Wars MMO, Star Wars: The Old Republic, will be going free-to-play starting next week, Thursday, November 15. The game released on December 20 of last year, and a little less than one year later, is making the move to a free-to-play model, like most of the rest of the MMO market. Makes you wonder why any MMO developers think their game can launch without a free-t0-play option nowadays.

If you’re a fan of the game, you can still pay for some benefits, such as what is basically some cash shop currency, dubbed Cartel Coins, as well as some quick slot bars. For more information about the transition to the pricing model pretty much every MMO should launch with, head on over to the SW:TOR F2P information page.

It’s really not a surprise anymore when a game deploys a free-to-play pricing model, as — like it or not — that is currently the standard for MMO-style games. It’s much more of a surprise when an MMO-style game launches without a free-to-play pricing model, and judging from this switch less than a year later, the SW:TOR team most likely found out why.

Give the game a shot next week, it’s not like it’ll cost much.