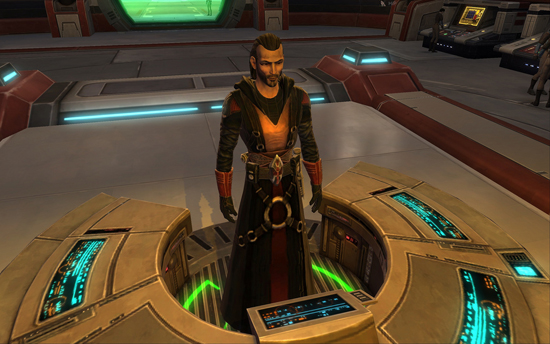 It has finally happened. Electronic Arts and BioWare have come to their collective senses and announced that Star Wars: The Old Republic will be going free-to-play in the fall. Never fear, however, if you really want to give them your money. Non-paying players will only be able to advance to level 50, whereas those that continue to subscribe will earn other benefits. Even so, it will now officially be free to the masses.

It was really just a matter of time. Other notable games that have moved from the typical subscription model include Lord of the Rings Online and Dungeons & Dragons Online — both of which did merely okay financially when they required subscriptions, but then suddenly jumped in profits once they moved to microtransactions. Star Wars: The Old Republic has flirted with free-to-play models before, but nothing this of this scale.

Many of the questions current, former, and future players might have can be answered by a support topic on the matter. BioWare GM Matthew Bromberg had this to say in regards to the announcement:

Players want flexibility and choice. The subscription-only model presented a major barrier for a lot of people who wanted to become part of The Old Republic universe.

The game itself was already massive and certainly worth playing if “space World of Warcraft” is your kind of thing. The barrier, however, was the subscription cost per month that many players don’t feel comfortable committing to as they’re not positive how much they’ll actually play. With a free-to-play model, players only pay money when they feel like it, which is as it should be.