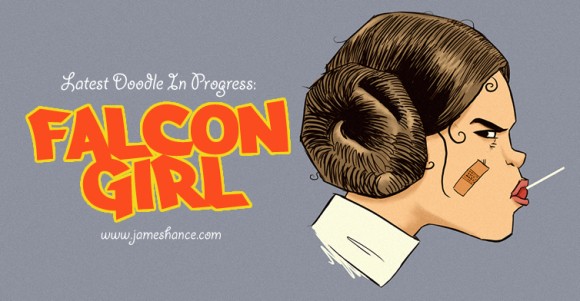 James Hance is the master of the beloved fandom mashup (no really, look at this Beaker as Indiana Jones running from a rolling Bunsen head, or this Doctor and Amy as Peter and Wendy) and creator of the utterly adorable Wookie the Chew (a recasting of Winnie the Pooh with Han Solo, et al). He’s been posting previews of a new piece all week, and from the first image we were just waiting for him to finish so we could put it here. 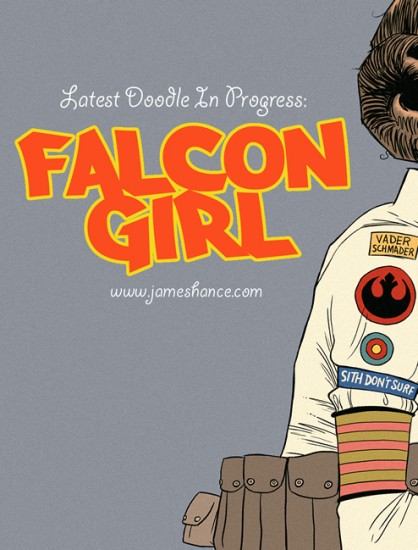 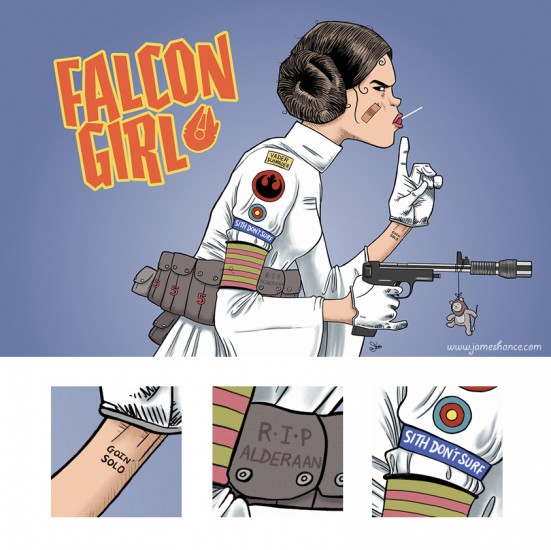 The devil is in the details, but the details here are just great, from the little Ewok to the band-aided cheek. Compare to the original Tank Girl piece: 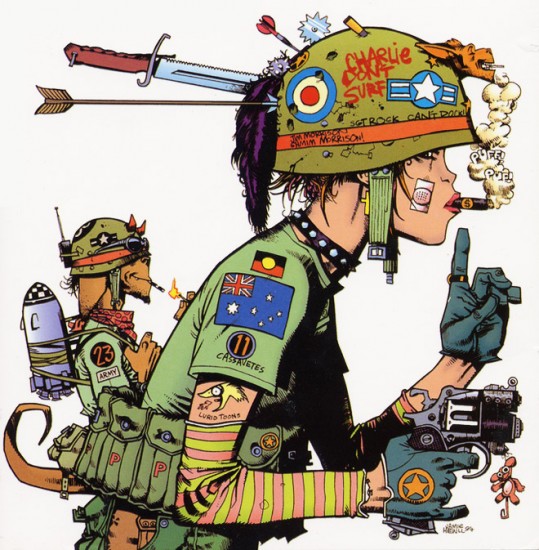 Falcon Girl is available in print or T-shirt form. Our hats are off, Mr. Hance.