Hey Yo, Star-Lord! Sly Stallone Appearance in Guardians of the Galaxy Vol. 2 Confirmed 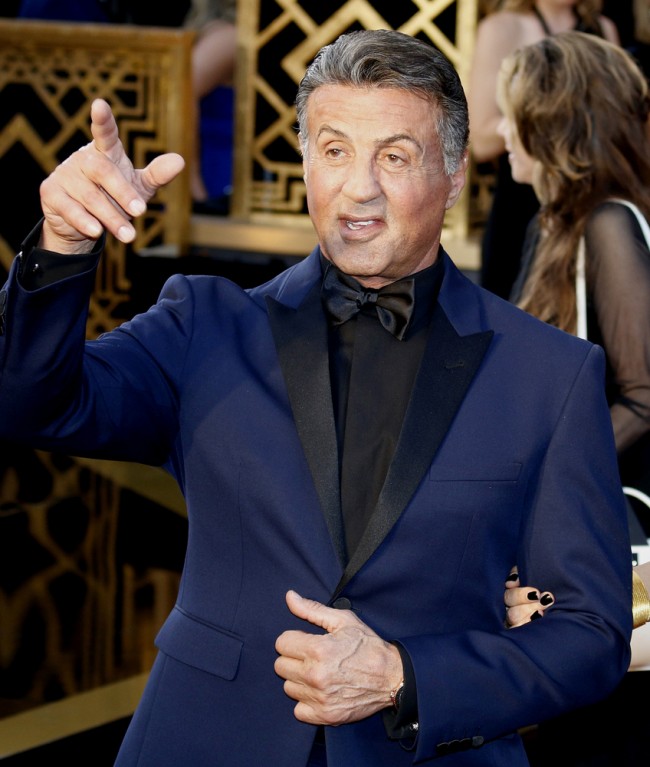 So what’s the over/under on Rocky references in Guardians of the Galaxy Vol. 2?

This weekend, amidst the flurry of blockbuster movie news and announcements, a bit of Guardians of the Galaxy Vol. 2 news popped up on Facebook, courtesy of director James Gunn. In a big ol’ info post, Gunn confirmed rumors that began swirling back in March regarding Sylvester Stallone’s possible appearance in Vol. 2. He wrote:

YES, SYLVESTER STALLONE IS IN THE FILM

This was an amazing experience for me, considering I ran around in my backyard as a kid pretending I was Johnny Rambo. Working with Sly was one of the high points of shooting Vol. 2 for me.

Gunn appeared to be confirming what seemed to be a glimpse of Stallone in the teaser they debuted at Comic-Con. In it, Stallone is shown sharing a scene with Michael Rooker as Yondu. There’s no word yet on what Stallone’s role might be. Gunn said, “Who does he play? Well, I can’t reveal that quite yet, but we do see him interacting with Yondu in the teaser.” Does this mean Stallone could be a Ravager? Or perhaps part of a rival gang? Or, or, maybe a member of the Nova Corps? I mean, the Judge Dredd uniform isn’t that far from a Nova Corps uniform, right?

All the same, having Stallone in a movie that’s paid more than a little bit of tribute to 70s and 80s pop culture seems only right. You’ll be able to check him out for yourself in the movie when it releases next May.

(via CBR, image via Shutterstock/Tinseltown)