Rumor Has It There’s a Sly Stallone Appearing in Guardians of the Galaxy Vol. 2 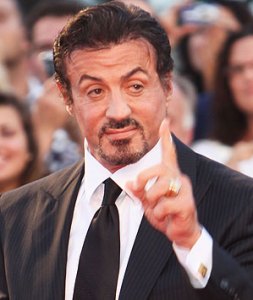 To a certain extent, Marvel has always been very good at keeping its casting a secret–the news of which actors are even involved in the projects often aren’t revealed for months, and even then the truth of who they’re truly playing may not even come out until the film’s release. But this latest news out of the Marvel Cinematic Universe seems to be circulating around the possibility for a Sylvester Stallone appearance–if not a cameo–in the Guardians of the Galaxy sequel.

Several news outlets are reporting that Stallone was photographed outside the Atlanta hotel where the film’s cast is staying during production–with script in hand. Not only that, he got into a car that is typically used by actor Chris Pratt for his transportation to the set.

Of course, Marvel Studios has not responded to request for comment on the situation–and of course, all of this could simply be a big coincidence. But Stallone wouldn’t be the first big name to appear in a Marvel movie–he’d be along the likes of actors such as Robert Redford and Kurt Russell. And it’s definitely an enjoyable experience spotting celebrity cameos in films. I guess we’ll find out either way soon enough!