No, I'm not crying! These are just spice tears! 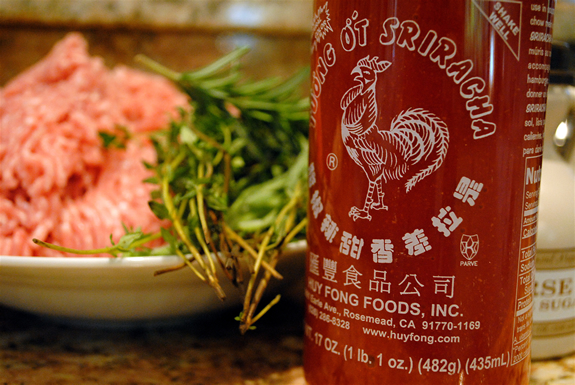 Devotees of Sriracha are once again feeling the burn as the dispute between the city of Irwindale and hot-sauce maker Huy Fong Foods continues to heat up. The company received a “chili” ultimatum from the California town last night: stop stinking up our city, or we’ll stop you ourselves.

Huy Fong Foods founder David Tran says any ban or restriction on production could forever cool Sriracha’s flame, but it seems the people of Irwindale have a right to complain. Air quality officials have received 69 reports about sriracha in the past few months, with residents saying the spicy smell produced by the factory causes headaches, sore throats and burning eyes.

In the past, the company responded to complaints by stringing a banner outside their gates, “No tear gas made here!” But Huy Fong Foods’ sense of humor didn’t sway Irwindale’s City Council last night, who ruled the smell a public nuisance and gave the company a 90 day deadline to rectify any public damage. In February, the company was given six months to conduct air quality testing.

Unfortunately for Huy Fong Foods, this extra scrutiny comes at the worst time possible: The Guardian reports that summer is usually sriracha’s smelliest/busiest time of year, with chili grinding starting in June and continuing through the Fall.

Devotees of the heat, drown your mac and cheese in fiery goodness now, before it’s too late!  Pretty soon we may all have to resort to eBay.

(via The Guardian, image via cookbookman17)