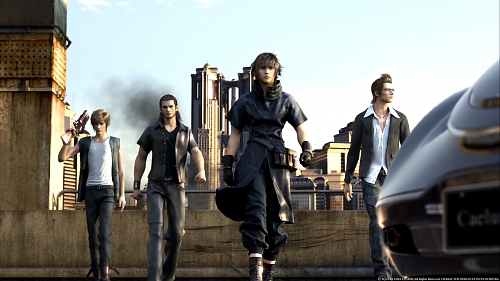 If the above video is to be believed, it comes from Square Enix’s pre-E3 event held on May 30. The shaky footage shows Noctis, the main character from Final Fantasy Versus XIII, but ends with a clear branding of Final Fantasy XV. Also interesting, the footage shows off the PS3 logo, as well as a Wii U logo, but an Xbox 360 logo is nowhere to be seen even though the game was rumored to hit Microsoft’s console.

The description posted with the leaked video says the trailer shown was the somewhat famous (if you pay attention to all things Final Fantasy, at least) Premiere 2011 trailer, but with the Final Fantasy XV logo tacked onto the end. This trailer was one of the first times we were given a decent amount of footage from FFvsXIII, which included what seemed to be actual in-game footage of Noctis running around and things exploding.

Again, the above leaked video could be some kind of elaborate fake, but we’ll probably only have to wait a week until E3 2012 to find out.