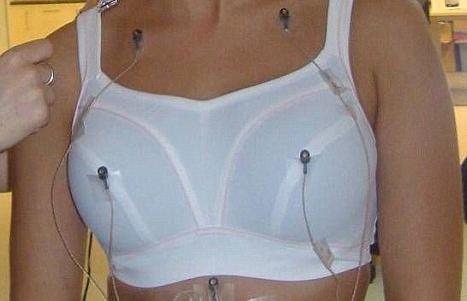 The scientists at Panache, a lingerie brand that caters to large-breasted women, have spent the past three years researching to help conquer “the battle of the bounce.” Basically, they say they’ve created the ultimate supportive sports bra.

The product purports to actually control movement in every direction, instead of the usual method of just smashing everything down as close to the ribcage as possible. The principles behind it were researched by using 3D monitoring to track the breast movement of a 32E model on a treadmill, was found to reduce bounce by 83%, compared to the 65% of its competitors.

We’re all for science as it applies to the day to day problems of 50% of the world’s population. According to the Daily Mail, “A survey for Panache found 42 per cent felt their [own] sports bra was not adequate for its purpose and more than half experienced breast pain while exercising.” 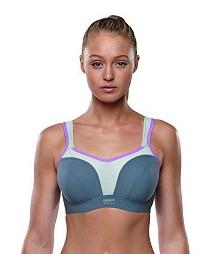 Clare Fallon, who has worked for the company for the past 18 years, noted:

This was probably the hardest bra that I have ever had to design because there were so many elements to it.Most people think designing a bra is just cutting out two triangles and sewing them together – they don’t realise just how much technical work goes into it.’

As almost anyone who has them can tell you, boobs can be a giant pain in the ass. Especially if you’re athletic, sometimes they just get in the way, and a better sports bra can feel like a godsend. Goldie Sayers, a British javelin thrower, knows this pretty well, and has said that “a well-fitted bra is essential for any sportswoman with a large bust.”

Now somebody tell that to the people who made the Wonder Woman pilot.