Spock Riding A Flying Unicorn Over a Rainbow 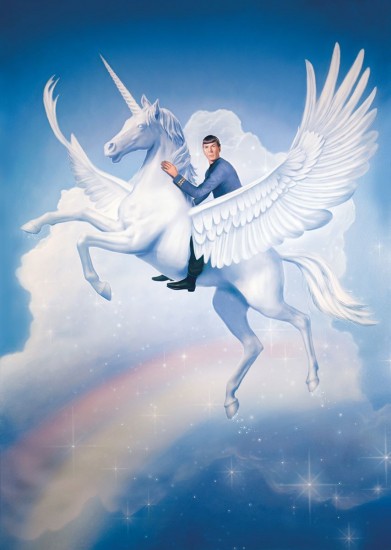 Surprisingly enough, when questioned, Lieutenant Spock said that he saw nothing at all illogical about his actions on Equraptus-Prime. (This image was crafted by Tim O’Brien, the man behind the covers of The Hunger Games.)