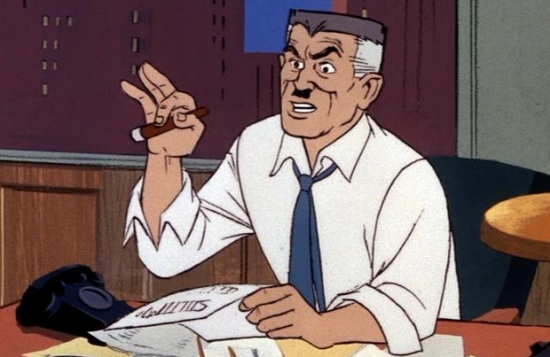 Say it ain’t so, Spidey! Say it ain’t so! Police say 35-year-old Philip Williams was arrested yesterday for punching a woman in Times Square. Why does that concern us? He was dressed as Spider-Man when he did it. Between J. Jonah Jameson and Dan Slott, the wall crawler’s been getting all the bad press he can handle. This is the last thing old webhead needs right now.

The woman’s husband tried to retaliate after he learned what happened, but because Times Square is crawling with Spider-Men and other costumed characters, at first he got the wrong Spider-Man. He approached a second, unidentified, potentially actual Spider-Man who then pointed out the Spider-Man who punched the man’s wife. The husband began hitting that Spider-Man with a backpack, because that’s how adults solve problems.

This seems like it would have been a prime opportunity for this second Spider-Man to step up and be a hero. There are so many Spider-Men in this story, it kind of makes you wonder how many guys in Spider-Man suits can fit in a Jamba Juice.